Princeton University has named Montreal native Nicholas Johnson valedictorian for the Class of 2020. Johnson will be the university’s first-ever Black valedictorian, said the fourth-oldest U.S. college, which was chartered in 1746. 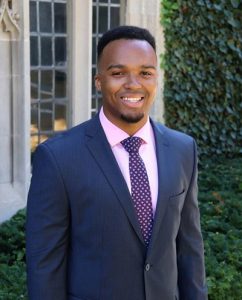 Johnson is majoring in operations research and financial engineering. He will participate in a virtual commencement the university is holding on May 31. Because of the coronavirus pandemic, an in-person ceremony is planned for next May.

In a statement, Johnson said he appreciates the encouragement he has received at Princeton in developing his academic interests.

“My favorite memories of my time at Princeton are memories of time spent with close friends and classmates engaging in stimulating discussions — often late at night — about our beliefs, the cultures and environments in which we were raised, the state of the world, and how we plan on contributing positively to it in our own unique way,” Johnson said.

After a summer internship, Johnson will begin Ph.D. studies in operations research at the Massachusetts Institute of Technology this coming fall.

The Economy the Class of 2020 Needs. Both Coronavirus and Climate Change Demand a New Normal.