In 1982, the famed gospel songwriter Andrae’ Crouch wrote a song with lyrics that contain the following words: “How can I say thanks, for the things You have done for me? Things so undeserved, yet, You gave to prove Your love for me; The voices of a million angels, could not express my gratitude. All that I am, and ever hope to be, I owe it all to Thee”.

While the song is giving God the glory, the words are apropos for nurses that we all love and respect. During the first week of May each year, we honor our “angels” and tell them “thanks for all that they have done and continue to do for us”. While this year is no exception, what made this Nurses’ Day especially meaningful is the light that the COVID-19 pandemic has shone on the sacrifice of these angels. When asking people what nurses mean to them, the following quotes were shared with me.

“I love nurses because people who are in need of a nurses’ touch can always count on the nurse to give them exactly what they need, at the exact time that they need it.”

“Nurses can alleviate an individual’s stress, anxiety and in some instances, pain. The soft voice of a nurse can almost mask a person’s pain.”

A nurse will give you hope when there is no hope. A nurse must have a quality of care that stems from humility and all of the other branches that come from that humility will actually heal a patient.”

The most poignant comment comes from 11-year-old Pearson G. Paige who stated:

While people brag about our beloved Florence Nightingale, I want to turn your attention to a few of our African-American nurses that have made a difference in not just the African-American community, but in the world as a whole. 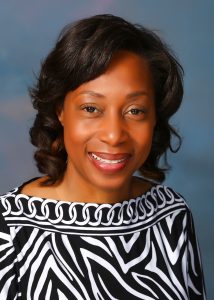 Meet Anna Knight, born in 1874 and from the state of Mississippi, who taught herself how to read and write before attending nursing school. It is believed that Anna Knight would encounter knocks at her door from family members of victims of “botched hangings’” because God would not allow them to die that way. These “patients” were bought to Ms. Knight for her to nurse them back to health. Anna was known as a Christian woman who was strong in her beliefs and thus became one of the first African- American missionary nurses to ever travel to India to care for others. When she returned from India, she established a school and church in her native Mississippi and eventually became an administrator of a hospital for Blacks in Atlanta.

While there were many who officially practiced nursing before 1879, Mary Eliza Mahoney has been noted as the first African-American “registered nurse”. She is credited with co-founding the National Association of Colored Graduate Nurses and is one of the original members of what is now known as the American Nurses Association.

While many of us saw and loved the movie “Harriett”, little is mentioned in the movie about Harriett Tubman being a nurse. Not only did she free more than 300 slaves, she worked tirelessly as a union army nurse. One of her last acts of valor was the establishment of the “Harriett Tubman Home for the Aged” in 1908, which cared for the aging African-American population.

Twice named the “Army Nurse of the Year”, Dr. Hazel W. Johnson-Brown not only faced discrimination as an African- American nurse but beat it by earning a master’s and Ph.D. degree in her specialty. She was one of the first African- American women to lead the Army Nurse Corps, in addition to being promoted to brigadier general and was one of the only African-Americans to teach in the Ph.D.  program at George Mason University in the late 1990’s.

Continuing to serve not just the nation, but Howard University as the Vice-Chair of the Board of Visitors, Dr. Bernadine Lacey was the Bronson School of Nursing’s founding director at Western Michigan University which served to establish a community program which skyrocketed. In her honor, The Bernardine M. Lacey Endowed Chair was created with the help of a $1.5 million anonymous donation in 1998.

There are many that we could list within the arena of nursing that have focused on the healing of those within our African- American community. Let us not forget to recognize those who cared for us when the “living room” was the triage area for many make shift surgeries, procedures, obstetric and gynecological procedures, in addition to the emergency room for “many a patient”. You see there are many “nurses” who did not go to school to become a nurse but were still “nurses”. Nurses are the mothers who have nursed their children back to life. Nurses are Grandmothers who raised their multiple grandchildren and gave them “life”.

The story is told by a friend of mine who stepped on a 2 by 4 board in which a nail was lodged.  His grandparents were one of the first “male and female nursing teams”. Subsequently, his grandfather put him on the table and told him to look at his grandmother, while he pulled the nail out of the 9-year old’s foot.

The grandmother then took over and placed a piece of salt pork over the area which then leached out the rust from the nail and then ordered “bedrest” for the remainder of the day. He stated that during her shift, she evaluated and cleaned the foot, eventually taking the bandage off, in which he noted that the salt pork had pulled out all of the impurities.

Another story is told of a young boy who was catching bees with a jar. Subsequently he was stung by the bee and had an allergic reaction. The neighbor next door, took a cigarette, broke it in half, got the tobacco out, wet it and placed it on the sting. Immediately the swelling went down, and the pain went away.

However, as we honor our nurses, we honor them as never before, realizing their importance, their value and their worth during this unprecedented time in our nation’s history. To all of our nurses who have worked tirelessly, worked back to back shifts, turned patients “prone” due to COVID-19, cried with family members, attended 10 person funerals, and have ultimately paid for illnesses with their own lives, we salute you. Your sacrifice has not gone unnoticed, nor has it been made in vain. Thank you for what you do every day, all day, for people that you don’t even know. Thank you, thank you, thank you. May God repay you 100-fold for what you give to others each and every day.

Dr. Gina S. Brown is the dean for the College of Nursing and Allied Health Sciences at Howard University.