With spring semester coming to an end, universities and colleges have put protocols in place to ensure the safety of students who are returning to campus housing to pack up their belongings after the COVID-19 outbreak forced early closures. 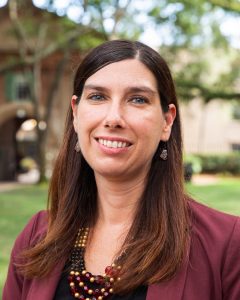 At the College of Charleston (COFC) and West Virginia University (WVU), for example, students will only be allowed into dorms in small numbers at a time so they can socially distance.

COFC scheduled move out for three Saturdays in May.

“In terms of precautions, we are always concerned about the health and safety of students and families so we put guidance in place for our remaining move out days,” said Melantha Ardrey, director of residence life at COFC, which is based in South Carolina.

Time slots on May 9 were reserved for South Carolina residents, and out of state students were allowed to book appointments for May 16 and May 23.

Similarly, WVU students were given the choice of a two-hour time slot between 8 a.m. and 8 p.m over a three-week period from May 18 to June 6. Roommates and suitemates aren’t allowed to choose the same time slot to ensure there won’t be too many people in one area at the same time. At WVU, as many as 4,500 students are set to move out of on-campus housing.

“We’ve coordinated when to minimize the traffic coming into town, so we don’t sort of crowd and have to worry about significant social distancing issues because of so many people being in town,” said G. Corey Farris, dean of students at WVU.

To keep visitors, campus staff and employees safe, high-touch areas and moving carts will be sanitized throughout the day. WVU staff members will not be allowed to help students move their belongings from rooms to their vehicles.

Additionally, since resident assistants are not on campus, there will be no in-person damage checks. All inspections and deep-cleaning will take place after a student has officially moved out.

Due to the designated time slots, no more than seven people are allowed in a residence hall at one time, even in the larger high rises. 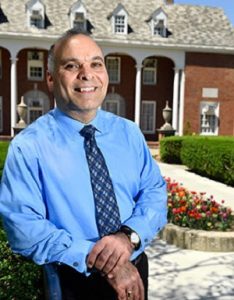 “We wanted to reduce traffic around the buildings, reduce the use of the elevators so that our staff could, in between, reasonably wipe things down quickly and things like that as we try to keep it as clean as possible,” said Farris.

One issue originally facing campus move-out at WVU was the restriction on non-emergency travel within and to the state. Moving out of a residence hall, for example, is not considered essential. And if someone were to enter the state of West Virginia, they would be required to quarantine for 14 days.

However, after talking to the local health department, anyone who remains in Morgantown, West Virginia for fewer than 24 hours is not subject to the self-quarantine requirements, according to Farris.

“That was very helpful and encouraging for people to get into town, get their things and get back out of town quickly,” he said.

Both WVU and COFC students are required to wear masks in common areas and public spaces. If students don’t have masks, the schools will provide them with one. Additionally, each student is limited to one guest for move-out assistance.

“Usually it’s not a lot of furniture, it’s more clothes and decorations and other sort of general stuff,” said Farris. “So we didn’t think they needed a whole lot of folks to help them.”

The two schools are also dealing individually with students who have travel restrictions in their states or feel unsafe coming back to campus.  The schools are working with local packing and storage companies or asking to be allowed into rooms so they can pack up students’ belongings. Additionally, students have can have a relative or friend retrieve their items.

“Students and families have been anxious to get back and get their items, but they’ve also been understanding that most of us have been under stay at home orders until recently,” said Ardrey. “It’s a new situation to navigate but we have a wonderfully caring community and dedicated professionals who have made the process smooth and as seamless as can be expected.”

Light at the End of the Tunnel

University of Wyoming President Reaches Out to Reservation Schools