An estimated half-million undocumented students enrolled in colleges and universities generated up to $132.6 million in COVID-19 federal stimulus emergency aid for their institutions, according to a recent analysis from a Washington-based policy institute. Yet those same students are barred from receiving any of that aid.

The Center for American Progress (CAP) said in a recent report that undocumented students were included in the formula by which emergency grants were allocated. The funding to colleges was based on institutions’ share of Pell Grant recipients and non-Pell Grant recipients.

“That latter group includes all students regardless of immigration status — as long as they weren’t studying entirely online before the crisis began,” the report stated.

CAP denounced the Department of Education’s CARES Act revisions, which made undocumented students ineligible for funds.

“It’s necessary that institutions receive aid to support the undocumented students they serve, but to then deny these same, most-vulnerable students money is nonsensical.” 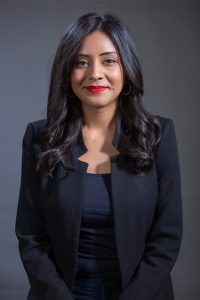 tasked with disbursing the funds, as well as the affected students and their families, many of whom are unemployed during the coronavirus lockdown and were expecting the support.

On April 9, in a letter to college and university presidents, DeVos wrote that those students “most in need” would receive funds.

“I gave my team a charge as soon as the CARES Act was signed into law: get support to those most in need as quickly as possible,” the letter stated. “That starts with college students whose lives have been disrupted, many of whom are facing financial challenges and struggling to make ends meet.”

The letter also pointed out that $12.56 billion “will be distributed to institutions using a formula based on student enrollment.”

But in guidance published on April 21, the Education Department specified that students must either have filed a Free Application for Federal Student Aid (FAFSA) or have been eligible to file. Those restrictions meant that undocumented students, including Deferred Action for Childhood Arrival (DACA) recipients, could not receive emergency aid from their colleges, even though their enrollment enabled the schools to receive the funds.

“Nothing in the CARES Act precluded undocumented students from receiving the aid,” says Viviann Anguiano, an associate director of Postsecondary Education at CAP and author of the analysis, to Diverse. “The initial guidance from the Department of Education said that colleges would have discretion over how to disburse funds and that the funds could go to students who needed them the most. Then they flipped the script.”

Anguiano says support for the undocumented students has come from numerous organizations and institutions. Most notably, California Community Colleges, the nation’s largest community college system, filed a lawsuit last week against the Department of Education and DeVos.

“The Department of Education ignored the intent of the CARES Act to give local colleges discretion to aid students most affected by the pandemic, and instead has arbitrarily excluded as many as 800,000 community college students,” said chancellor Eloy Ortiz Oakley.

In addition to its 70,000 undocumented students, including DACA recipients, Oakley said others harmed by the exclusion include veterans, high school students in dual enrollment college programs and citizens who have not completed a FAFSA application.

Earlier this month, Democratic Sen. Patty Murray and Democratic Congresswoman Rosa DeLauro, wrote to DeVos asking her to reverse the “harmful and unauthorized guidance.” “Unfortunately, your decision could deny CARES Act relief to more than 7.5 million students in higher education,” their letter stated. A total of 26 Senate Democrats have called on DeVos to rescind the guidance.

In the CARES Act,  half of the $12.56 billion to the institutions was designated to go to students “for expenses related to the disruption of campus operations due to coronavirus (including eligible expense under a student’s cost of attendance, such as food, housing, course materials, technology, health care, and child care).”

While the issue is being debated, the schools and their excluded students are left trying to figure out solutions.

“States and universities can choose to help undocumented students by using their own funds,” Anguiano says, but points out that many public institutions will be constrained because of state budget limits.

A day after it became clear undocumented students would not receive emergency grants, Princeton University indicated in a tweet that it would continue supporting them.

“Princeton’s no-loan financial aid packages and other programs are designed to provide exceptional levels of support to our students, including DACA beneficiaries and international students. We remain committed to providing this support,” the New Jersey-based Ivy League university said.

The public University of California (UC) also announced soon after that it will provide DACA students with emergency aid out of its own funds. University spokeswoman Sarah McBride said UC is “very disappointed” undocumented students aren’t allowed access to emergency funds.

“However, these students will not be left empty-handed; the University will leverage other institutional funds to replace financial support that these students have been unfairly restricted from accessing,” said McBride in an email to Diverse late in April.

According to the CAP analysis, without emergency aid, undocumented students will be more likely to drop out during the crisis. This includes undocumented medical, nursing and public health students whose services are in great demand. The Center for American Progress has found that DACA recipients, for example, pay nearly $10 billion in federal, state and local taxes annually and live in households with roughly $24 billion in annual purchasing power.

“A lot of DACA recipients are on the front lines of the health care crisis right now,” Anguiano says, “so it will be a great loss if they don’t return to their classes in the fall.”