Harvard Law Review’s first president of color Raj R. Marphatia died May 8 after a battle with cancer, reported The Harvard Crimson. He was 60. 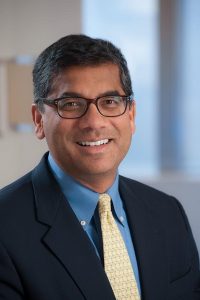 Marphatia was born and raised in India and came to the U.S. in 1977 when in high school. He graduated from Harvard College, and in 1985, enrolled at Harvard Law School, where he made history as the first person of color to be elected president of the school’s law review. Marphatia served in that position from 1987 to 1988.

At the time, Marphatia said his election platform stressed “de-emphasizing the hierarchy, and making the Review a more egalitarian place,” according to a Crimson article from 1987.

Adam S. Cohen, a past president of the law review was at the time quoted as saying that the election of a non-White candidate was “a significant good thing.”

When he died, Marphatia was a partner at law firm Ropes & Gray, which he joined in 1989.

“Being president of the Harvard Law Review doesn’t go to, like, the smartest person,” said Larry J. Rowe, fellow partner of Marphatia’s at Ropes & Gray. “It goes to a person who’s really smart but also that the rest of the Law Review feel that they can turn to as their leader,” Rowe said.

At Ropes & Gray, Marphatia was a member of the diversity committee and active in the firm’s pro bono program, said the law firm on its website

“While he was deservedly well known for his grace and fierce determination as a lawyer, most importantly, Raj was a champion of people,” said Julie Jones, chair of Ropes & Gray. “He supported the underdog. He treated everyone with equal respect. He mentored and trained and encouraged. He was always available to help.”

NCCU Chancellor Akinleye Inspiring Optimism Across the Board

Author: Sanction College Students Who Shouted Down My Speech

U. of Wisconsin Leaders Reject Governor’s Proposal to Rank Campuses

The Weight of One Man’s Opinion