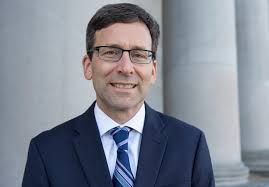 “Betsy DeVos is unlawfully trying to deny Dreamers and other Washington students the assistance they need — and that Congress intended,” Ferguson said in a press statement.

Under its Higher Education Emergency Relief Fund, the CARES Act required that at least 50% of the $12 billion distributed to colleges and universities be disbursed to students as emergency grants for COVID-19-related expenses.

However, on April 21, the Department added a caveat to the rule: only students eligible for federal financial aid could receive the emergency grants. In effect, vulnerable populations, such as students without a high school degree, adult basic education students and students who have Deferred Action for Childhood Arrival (DACA) status, were rendered ineligible for the grants.

Ferguson’s lawsuit, filed in U.S. District Court for the Eastern District of Washington in Spokane, argues the Department’s rule, which was made without congressional approval, is arbitrary and violates the Administrative Procedure Act as well as Article I of the U.S. Constitution, which gives exclusive “power of the purse” to Congress.

“The pandemic has caused unprecedented disruption for all of Washington’s students without regard for the arbitrary, harmful lines the Department of Education has drawn,” said Jay Inslee, Washington’s Democratic governor, in the statement. “Congress intended this aid to be distributed to all students struggling to cope with the COVID-19 emergency, not only those Betsy DeVos deems eligible for assistance. All higher education students in Washington state deserve to be part of our recovery.”