Dr. Michelle Holder, assistant professor of economics at John Jay College of Criminal Justice, City University of New York, has laid out the numbers in the report “The ‘Double Gap’ and the Bottom Line: African American Women’s Wage Gap and Corporate Profits,” produced in partnership with the Roosevelt Institute. 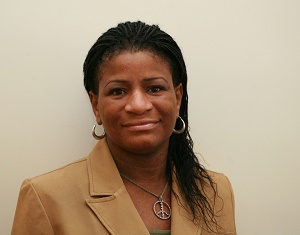 She found that because of the double gap — caused by gender and racial discrimination — African American women involuntarily forfeited as much as $50 billion in wages in 2017. This meant significant, recurring cost-savings for the private for-profit sector and a recurring annual loss for the Black community. The main data set Holder used to arrive at this figure was the 2017 American Community Survey.

“It occurred to me that none of my peers and colleagues had looked at the aggregate impact of this double gap for Black women,” said Holder, a labor economist. “Typically, when we talk about wage gaps, particularly among Black women, it’s treated as an individual, anecdotal problem. This is not an individual problem. This is a collective problem.”

Besides, Black women in the workforce don’t necessarily know they’re being underpaid.

“In order to know that, they’ve really got to know what all of their colleagues are making,” said Holder. “It’s an issue that’s invisible to Black women, but it’s not invisible to employers.”

She said because employers know how wages are distributed in their organizations, they need to acknowledge and deal with the disparity. Employers can discern whether there is a problem with underpaying women in general, and African American women in particular, by what Holder calls a “pay parity audit.”

“There are people with skills, particularly economists, who can look at the wage distributions and easily identify if there are certain groups, based on demographic,  that are not being paid equitably,” she said.

Holder noted that moving forward, after the COVID-19 pandemic, when African American women are being hired or promoted they need to routinely ask for more than they’re told they’re worth or even what they’ve researched they are worth.

“I’m not suggesting they ask for 50% more or even 25% more,” Holder said. “Ask for 10% more. It’s a nominal amount, but we have to engage in those behaviors regularly. … I can say with a high degree of certainty that most Black working women will be underpaid at some point in their career if not during most of their career, so they need to regularly engage in the practice of asking for a bit more.”

Holder said that what is perpetuating the wage gap is the fact that people don’t openly discuss salaries, which means someone won’t know when there’s disparate treatment. She hopes people will become more forthcoming in sharing salary information.

“Women with similar skills and similar educations as their male colleagues face this issue of being undervalued,” Holder said. “You can’t fight something that is working against you if you don’t know about it.”

Holder moved into academia after working as an economist in the non-profit and governmental sectors, including a position as senior labor market analyst for a 160-year-old antipoverty organization. Today, her research focuses on the position of African Americans and women in the U.S. labor market. And she uses her teaching, research and writing to highlight relevant issues within an economic context to students.

“It’s imperative. In the economic discipline, there’s so little coverage of these demographics.”