Jamaal O. Bailey grew up in Warsaw, Virginia, a small, predominantly White town. Then he went to Virginia State University. 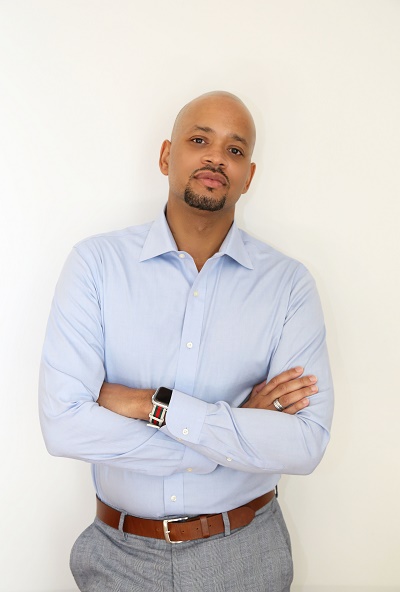 The historically Black college hadn’t been his first choice, but his aunt – the only college graduate in his family at the time – had gone there. Years later, he described it as “the best four years” of his life.

He ended up dedicating 12 years of his career working for the Thurgood Marshall College Fund (TMCF) to elevate the visibility of HBCUs. He started off as director of events in 2008, took over as vice president of marketing in 2012, jumped to chief marketing officer four years later and ultimately became chief marketing and administrative officer in 2018.

Bailey hadn’t heard of TMCF when he was in school. If he had, he thinks he probably “wouldn’t have had that much student loan debt,” he laughed.

Bailey always sought to have a career that would help young people. Growing up, some of his friends went to juvenile detention, and he accompanied them to court, only to watch seemingly disinterested public defenders take on their cases. At Virginia State, he decided to study political science to become a lawyer and ultimately went on to get a master’s in criminal justice from the University of Baltimore.

At the same time, he found himself developing a passion for event planning and marketing as an active member of his fraternity, Alpha Phi Alpha, the first historically Black intercollegiate Greek-letter fraternity. When he graduated, he worked for Alpha Phi Alpha drumming up membership.

Both his work for the fraternity, and later TMCF, made him feel like he could use his marketing skills while still uplifting underrepresented students.

“I love mission-driven work,” he said. “I feel I still can accomplish my goal of helping people. I wanted to do criminal justice and political science to help juveniles. Working at Alpha and also working at the Thurgood Marshall College Fund still allowed me to help young people but in a different way. It wasn’t on the justice side. It was more on the educational side and giving them opportunities to stay in school and graduate and find jobs.”

Now, Bailey has set off on his own to focus on his event planning business and consulting, but he remains a fierce advocate of HBCUs, having had a birds-eye view of the sector for over a decade.

From his perspective, the biggest problem facing the institutions today is lack of funding. In his work at TMCF, he found that companies didn’t think of HBCUs when recruiting students, and if they did, it was the more well-known schools like Howard University, Spelman College and Morehouse College.

“It’s weird that these schools have been around for years, they have been producing great talent, but people still question the need for these schools,” he said.

Companies – and potential donors – look at the low graduation and retention rates at some HBCUs and dismiss these institutions, but “what’s on paper” doesn’t tell the whole story, Bailey said. HBCUs have been chronically underfunded and still graduate “amazing, smart, talented and gifted students.” Yet that underfunding is a cyclical problem so long as people choose not to invest in them.

HBCUs “do amazing work with what they got,” Bailey said. “I think if more people gave money to those schools and allowed them to get resources so they could compete on a level field with majority schools, I think you’d see some changes.”

To him, this feels like a hopeful moment for HBCUs, financially and politically. He pointed to philanthropist MacKenzie Scott’s multi-million-dollar donations to 22 HBCUs and the ascendance of Vice President Kamala D. Harris, a graduate of Howard University, among other HBCU alumni currently in government.

Bailey hopes it results in more funding for HBCUs to invest in recruiting students – especially from outside their surrounding neighborhoods – and to build up their infrastructure. And he hopes this national, renewed attention to HBCUs isn’t a “one-time thing.”

“These schools have been around for a while,” he said. “I just think they’ve just been overlooked and underfunded.”