The president of the historically Black Meharry Medical College said on Wednesday that a consortium of the nation’s four Black medical schools would be the group best prepared to tackle the disproportionate impact of the COVID-19 pandemic on Black people and communities of color. 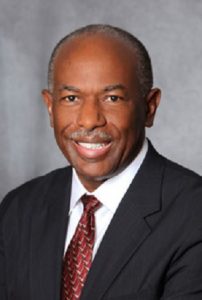 In testimony on Wednesday, before a virtual convening of the House Ways and Means Committee, Meharry’s president and CEO, Dr. James E.K. Hildreth, said the consortium, led by Meharry, is uniquely qualified to address the healthcare needs of people of color during the current pandemic, which has claimed at least 20,399 Black lives in the country to date.

On the day the Committee heard from Hildreth and other witnesses about the outsized impact the coronavirus outbreak is having on some of the country’s most vulnerable groups, the total number of COVID-19 deaths in the U.S. surpassed 100,000. By  May 20, nearly 23% of reported COVID-19 deaths in the U.S. were  African American although they make up 13% of the population, according to data from the Centers for Disease Control.

In addition to the Nashville, Tennessee-based Meharry, Hildreth said the proposed consortium would include, Howard University College of Medicine in Washington, D.C.; Morehouse School of Medicine in Atlanta, Georgia; and Charles R. Drew Medical School in Los Angeles, California. These colleges, he said, are not only well qualified but can provide a culturally sensitive response and begin to address the pandemic’s long-term impact.

“We can deploy quickly, we know where to go, and we will be welcomed,” said Hildreth. The consortium’s work, he said, would include expanding COVID-19 testing and testing sites, conducting contact tracing and providing health care services in neighborhoods where mistrust of healthcare systems and government officials is high.

Hildreth also called on Congress to invest $5 billion over five years to help this higher education consortium combat the virus’s uneven impact on communities and people of color.

“Crucially, Meharry and Meharrians are trusted in the communities we serve, which have a history of abuse at the hands of America’s medical establishment,” said Hildreth. “We understand the subtle, yet critical cultural differences that have long been overlooked by mainstream providers, creating deep fear and distrust. The same is true for our sister HBCU medical schools.”

Committee chairman Richard Neal (D-Mass.) said he wanted to use the hearing to focus on longstanding issues of inequality that he says have exacerbated the nation’s public health emergency.

“While the factors driving these inequities are complex and multifaceted, their impact on health outcomes has been clearly documented,” said Neal. “That is why we convened this hearing — to unpack these circumstances and begin to unravel the roots of our own history that have brought us to this point.”

For more than three decades, Hildreth, an infectious disease expert, has held top posts at the elite Harvard and Johns Hopkins universities and the University of California, Davis, institutions that he said received federal funding because they were “believed to be well-suited” to tackle critical national need. But in his remarks, Hildreth, the first president of a historically Black college or university (HBCU) to testify before the House of Representatives, told lawmakers he wants the federal government to put the same trust in HBCU medical schools.

In his testimony, Hildreth didn’t invoke the familiar and disastrous Tuskegee Study of Untreated Syphilis to make the case for why deploying trusted Black doctors and healthcare works in Black communities during this pandemic makes sense. Instead, he cited an example of COVID-19 testing that failed this month when the state government sent uniformed members of the Tennessee National Guard into public housing to conduct door-to-door testing. On paper, what seemed like a “logical and practical” public health approach left residents apprehensive and sheltering behind closed doors. Hildreth said the result was predictable to those who understand the community.

During the testimony, the comments from Hildreth and other witnesses also touched off a discussion on the need to diversify the healthcare workforce. The number of African American, Hispanic and Native American physicians is much lower than it should be, Hildreth pointed out.

When asked, “what Congress can do” to help recruit and increase the number of African Americans and other people of color in the healthcare pipeline and workforce, Hildreth didn’t hesitate to talk about finances and the often-tough choices students of color make to pursue health and medicine or climb in the profession.

While the average medical school student graduates with more than $100,000 in debt, the figure is often double that for students of color who also carry staggering undergraduate student loans. Scholarships, Hildreth said, are one way the government can help—and increase the number of healthcare providers on the frontline.

But for now, Hildreth said the nation’s four Black medical schools need to be funded so that they can “join the fight.”