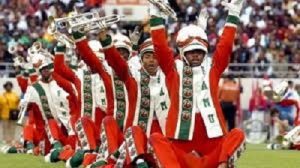 If the Florida A&M’s board decides to move conferences, the shift will take place in July 2021. MEAC has already lost North Carolina A&T State University to the Big South Conference.

Florida A&M has stated that a 2020 study showed that it would be better off in the SWAC than the MEAC, reported HBCU Gameday. The study cited travel concerns and “prohibitive deals in place that don’t benefit the universities they are supposed to serve.”