U of Central Florida Professor Tweets About ‘Black Privilege,’ Many Want Him Fired - Higher Education

University of Central Florida (UCF) students and many others are calling for the institution to fire Charles Negy, a professor who has been tweeting about ‘black privilege’ and ‘minority idolatory’, among other things, since the death of George Floyd in police violence. 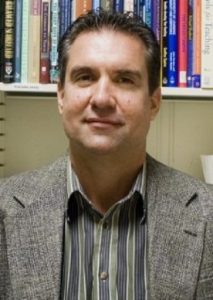 The university, on its Twitter account, said it’s reviewing the issue “while being mindful of the First Amendment.”

“Being actively anti-racist means calling out and confronting racist comments,” said the university. “We are aware of Charles Negy’s recent personal Twitter posts, which are completely counter to UCF’s values.”

Negy, a psychology professor who has written a book called White Shaming: Bullying based on Prejudice, Virtue-Signaling, and Ignorance, said the following in one of his tweets:  “Black privilege is real: Besides affirm. action, special scholarships and other set asides, being shielded from legitimate criticism is a privilege. But as a group, they’re missing out on much needed feedback.”

He also suggested Black people are responsible for systematic racism: “If Afr. Americans as a group, had the same behavioral profile as Asian Americans (on average, performing the best academically, having the highest income, committing the lowest crime, etc.), would we still be proclaiming “systematic racism” exists?”

Many on Twitter said the First Amendment isn’t an excuse for racism.

“The 1st Amendment does not guarantee a platform. The 1st Amendment means the police or feds can’t jail you for your beliefs. It is not counter to the 1st Amendment to fire a professor who clearly can’t teach black students without prejudice,” tweeted one person who said they are a graduate of UCF.

Open Letter to Our African American Brothers and Sisters