Dr. Martin Luther King Jr. once described rebellions (I am purposefully using this word rather than riots) as “the voice of the unheard.”  I often describe rebellions as giving power to the powerless. Over the last week, and quite frankly before then, Black people in America have protested and rebelled against the unethical and immoral treatment of our community that continues to exist unabated and unpunished.  For centuries, Black people have endured systemic violence engineered by American society in many forms including racism, discrimination, police brutality, and the withholding of economic resources to name a few.  In the past, higher education institutions were pressured to address various acts of violence directed towards Black Americans (e.g., admissions discrimination, unethical research practices), however they have received less pressure to address police brutality. As higher education institutions often pride themselves on being “welcoming for all”, it is difficult to accept this as truth while ignoring the plight of Black Americans who come from areas where police violence is frequent and normalized. 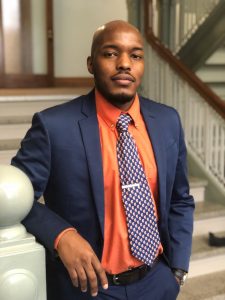 As a Black man who comes from a city that is predominantly Black, I have seen countless acts of police violence enacted towards me and my peers for the most mundane of actions such as walking down the street.  As a recent graduate of a Predominantly White Institution (PWI), during my doctoral studies I remember how I was left feeling drained, concerned, exhausted among other things following protests erupting over police violence, while my other non-Black colleagues went about their lives unbothered and unconcerned.  As a person who started a protest on a college campus over police violence, I remember some individuals who were disgusted and critical about my actions of shutting down a street in protest over the deaths of Alton Sterling and Philando Castile at the hands of police.  Indeed, college campuses often serve as microcosms of American society, but they should not be.  Rather, higher education institutions should serve as examples of what we want American society to be if we truly believe in an equitable and inclusive society.  As a response to the recent protest over the killing of George Floyd and how institutions can set examples, here are four recommendations higher education should consider enacting.

First, university leadership should engage and retrain their campus police departments to ensure they are adequately capable of responding and assisting Black students, staff, faculty, administrators, and visitors with the full understanding of how their actions will be perceived and interpreted.  It is imperative that campus police departments understand that many Black Americans who frequent the university may come from areas where police presence is not one of safety but one that represents a threat to their livelihood.  The mental fatigue and paranoia that may come from police engagement can spark a distrust in campus police who may not have the same history of violence as city and state law enforcement agencies.  However, it is not the responsibility of Black Americans to fix the image of law enforcement, rather it is up to various law enforcement agencies, especially police departments who should recognize the image they hold in the minds of Black Americans.

Second, universities should cease any association with local and state police forces who have shown to have a history of violence towards communities of color.  This includes accessing and reviewing public records for the prevalence of police misconduct, terminating contracts with local police for on-campus events when necessary, and adding anti-police misconduct language in future contracts. The University of Minnesota, following the death of George Floyd by four Minneapolis police officers, in a correct move dissolved their partnerships with Minneapolis police departments.  This is an example of how universities can do their part in curbing systemic violence by not funding local police who choose to engage in immoral (and illegal) practices.  The responsibility befalls on the local law enforcement to address how they can do better in hopes of cultivating a trustful relationship with the university.

Next, universities should design a police relations review board that seeks to provide oversight of police conduct and develop programs that foster positive police and community engagement.  The review board should consist of students, faculty, staff, directors of cultural centers, and university leadership (likely the Chief Diversity Officer or someone from their office).  I served on a similar board during my doctoral program where we developed programming to assist fostering relationships between Black males and campus police.  However, newly created boards should engage Black women and members from the LGBTQ community too who are often subject to police violence but at times their presence is diminished in the fight for justice.

Finally, universities should develop specific mental health services that help individuals cope with national tragedies involving police violence.  Black students, staff, and faculty all too often have to turn on a news segment and see someone who looks like them being murdered for actions they also do every day and walk around with a fear about whether they will also be a victim of police violence.  Further, it seems there is no empathy granted by news agencies who replay Black death constantly but shield other deaths as “too graphic for TV.”  The collective trauma experienced by Black Americans can lead to lower productivity, depression, and mental fatigue that non-Black individuals do not experience.  As such, mental health services and the ability to take mental health days to decompress and grieve is what universities should provide to support individuals from the Black community.

For the institutions who often aspire to be recognized for their diversity efforts, now is the time to show they not only understand diversity, but that their practices reflect a clear commitment to inclusion, equity, and anti-racist efforts. Institutions need to better serve the needs of Black Americans; in many ways, they have a responsibility to do so. Simply, institutions cannot continue to recruit Black students, staff, and faculty with empty promises of support and then ignore their lived experiences in American society.  What matters most is for institutions to acknowledge the experiences of Black people in America and advocate on our behalf to show that their diversity and inclusion missions are not merely cosmetic.

Dr. Brandon C. M. Allen recently received his doctoral degree from Purdue University.  His research interests include diversity and inclusion in higher education and social justice.  You can follow him on twitter at @DrB_Allen.

How Should We React to White Student Unions?