Amid a “national spotlight on social justice and police matters,” Rowan University said the college won’t reappoint a former police officer who shot and killed a Black teenager in 1994. 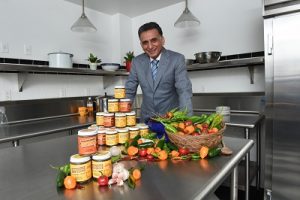 Since the death of George Floyd, many on campus have been calling for the removal of the former police officer Peter Amico, director of the university’s emergency management office. The family of El Tarmaine “L.T.” Sanders, the 14-year-old who was killed, has also been demanding Amico be fired.

“In recent days, questions have been raised about Rowan University’s employment of a former police officer who was involved in a controversial incident that led to pain and division in our community more than two decades ago,” said university president Ali A. Houshmand in a statement.  “Amid the national spotlight on social justice and police matters, the University will not reappoint Peter Amico, director of Rowan’s Office of Emergency Management, at its June 10 Board of Trustees meeting.”

Amico was a patrolman in 1994 when he responded to a domestic call and killed Sanders in the ensuing encounter. Amico said the teenage boy was wielding a knife and lunged at him, reported NJ.com. Witnesses disputed the officer’s account of the encounter and there were widespread protests following the teen’s death. A grand jury decided not to bring charges against Amico. The U.S. Department of Justice launched an investigation to determine whether El Tarmaine’s civil rights were violated and decided a year later it would take no action.

“We cannot begin to imagine the Sanders’ family grief. Nothing can replace their loved one,” Houshmand said. “Given the circumstances of Amico’s employment prior to serving at the University and the necessarily painstaking evaluation of Rowan’s institutional commitment to racial justice and equity, Amico’s employment will be discontinued.”

Spelman College to Create Scholarship in Memory of John Lewis