Gallaudet University has suspended a fraternity that has “become the face of systemic racism” in the campus community with its social media photographs of members doing what appears to be the Nazi salute and wearing Ku Klux Klan-like robes. 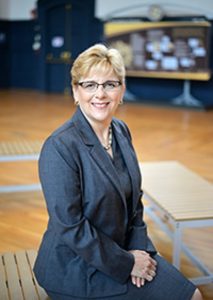 News of the suspension of Kappa Gamma, the fraternity in question, broke after Deaf Vee earlier this week published an email sent by Gallaudet president Roberta J. Cordano to members of the campus community. According to The Daily Moth, this is the fourth time the fraternity has been suspended.

In the email, Cordano said the suspension of the fraternity is in line with Gallaudet’s commitment “ to the work of dismantling racism,” particularly at a time when the nation is in upheaval following the death of George Floyd in a brutal police encounter.

“…we are at a threshold moment. …We have a choice to publicly stand in ways that propel us across the threshold, particularly with more difficult and complex issues we face with dismantling systemic racism,” wrote Cordano. “We are in the process of reviewing other organizations and the status of their histories and their efforts to determine if further steps will need to be taken.”

Gallaudet is a federally chartered private university for the education of the deaf and hard of hearing.

The Soul of David Levering Lewis

The Invisible Quality of Whiteness in Our Schools