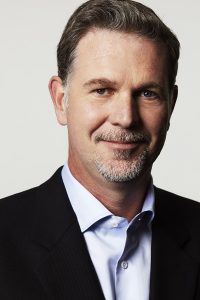 Morehouse College, Spelman College and the United Negro College Fund (UNCF) will each receive $40 million from Hastings and Quillin.

Morehouse said this is the largest single donation in its 153-year-old history and will help 200 of its students graduate. Spelman said that over the next 10 years, 200 first-year students will be able to attend with a full four-year scholarship from this gift. And the UNCF said the gift is the largest ever contribution by an individual in support of scholarships at HBCUs.

“We’ve supported these three extraordinary institutions for the last few years because we believe that investing in the education of black youth is one of the best ways to invest in America’s future,” said Quillin and Hastings in a statement. “Both of us had the privilege of a great education and we want to help more students — in particular students of color — get the same start in life.”

The couple said HBCUs have a tremendous record but don’t receive nearly enough philanthropic contributions. According to UNCF, the median endowment across all of the U.S.’s HBCUs is $15.7 million compared to $36.8 million for non-HBCUs. No HBCU endowment ranks in the top 100.

“And he [Lomax] offered to help Patty and I get to know the HBCUs … And then this year, with the tragedy in America and everyone feeling hopeless, we realized this is the time to do something bigger, and to really try to bring the HBCU story front and center…,” said Hastings.