California’s community colleges don’t have to abide by a Department of Education rule that prevents many college students from receiving emergency federal COVID-19 grants, ruled a federal judge in California on Wednesday. 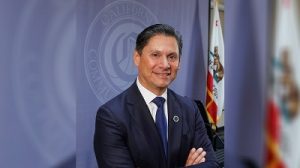 The decision means those emergency grants can now reach a much wider group of students at California’s community colleges, including undocumented students.

This is the second such setback in a week for the department and for Secretary of Education Betsy DeVos on the coronavirus aid rule.

U.S. District Court Judge Yvonne Gonzalez Roger granted an injunction blocking the Education Department from “imposing or enforcing any eligibility requirement for students” to receive pandemic funds granted under the CARES Act. The department’s guidance of April 21, which limited emergency pandemic aid to students eligible for federal student aid, was formalized into a rule last week.

The California decision comes days after, and goes further than, a similar one by a federal judge in Washington. On Friday, that federal judge removed restrictions on accessing emergency aid for many Washington college students but not for undocumented students in the state. The judge cited 8 U.S.Code § 1611(a) that says that aliens who aren’t qualified aren’t eligible for federal public benefits.

Last month, California Community Colleges sued Devos for not allowing thousands of students, including undocumented and Deferred Action for Childhood Arrivals (DACA), to access these funds. The suit said the department’s restrictions on usage of emergency student grants are “unlawful and unconstitutional.

“We applaud today’s federal court decision to issue a preliminary injunction that prevents the U.S. Department of Education from imposing any student eligibility requirement upon the distribution of emergency relief assistance to students under the CARES Act in response to the COVID-19 pandemic,” Oakley said in a statement. “Judge Yvonne Gonzalez Rogers’ ruling is good news for all students who have been denied the assistance that Congress intended for them during this public health crisis.”