With students and faculty posting heated — and in some cases, racist — reactions to current events on social media, universities find themselves in a legal minefield as they navigate First Amendment rights and the educational ideals of tolerance and respect.

In the past month alone, many college students and faculty have posted inflammatory comments on social media about the death of George Floyd in police custody and about the Black Lives Matter protests. Some posts have also been anti-Semitic. 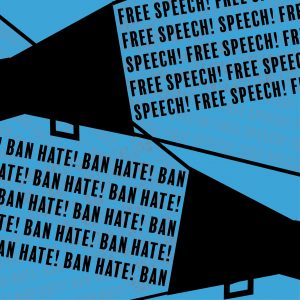 Earlier this month, Drew Dollar, an incoming freshman at Louisiana State University (LSU), yelled “I hate n*****s” in one of his Instagram stories. On June 1, a photo surfaced on Twitter of Penn State student Ryann Milligan smiling over her shoulder, displaying a swastika drawn on her back. And Dr. Mike Adams, a criminology professor at the University of North Carolina Wilmington (UNCW), compared COVID-19 closures to living in a “slave state.” Adams tweeted, “Massa Cooper, let my people go!” about North Carolina Gov. Roy Cooper.

It didn’t take long for the photo, the Instagram story and the tweet to circulate and for thousands of people to sign petitions demanding that Penn State swiftly expel Milligan, LSU rescind its offer of admission to Dollar and UNCW fire Adams.

“This is a direct hate crime and a threat to my safety,” wrote student Miriam Waters on a petition to rescind Dollar’s admission from LSU. “I am a tuition paying student just like him and I should not have to worry about my livelihood because this institution wants to add a number to their student population.”

A petition for disciplinary action against Penn State’s Milligan has garnered close to 157,000 signatures. “Allowing her to remain a student of Penn State is a disservice to all Jewish people, living or dead,” said the petition.  And two petitions to fire UNCW’s Adams for his inflammatory comments have collected a total of nearly 90,000 signatures.

But Penn State did not expel Milligan, LSU did not rescind its offer of admission to Dollar and UNCW did not fire Adams. Instead, each university released versions of the same sentiment: “While we condemn racism, we’re beholden to the First Amendment and a student’s right to free speech.”

Many on Twitter are unconvinced the schools have done everything in their power and that the First Amendment could tie a university’s hands in acting against inflammatory speech or symbols.

But according to most legal experts, if a college or university is a public institution, the First Amendment does limit the action it can take.

“The First Amendment states that the government can’t discriminate on the basis of content or dictate the words people can use to express their views,” said Dr. H. Jefferson Powell, a law professor and director of the First Amendment Clinic at Duke University. “It can’t say, ‘Okay, we’re going to allow nice, well-thought-out speech about race issues, but we’re not going to allow hateful and inflammatory speech.’”

In other words, he said, a public institution cannot censor speech on a certain topic — such as race or religion — and it cannot censor viewpoints on that topic, even if they are hateful. That’s because hate speech, when it does not amount to a “true threat” or “fighting words,” is legally protected under the First Amendment.

“There is no categorical exception to the First Amendment for hateful expression,” said Adam Steinbaugh, a legal expert at the nonprofit Foundation for Individual Rights in Education (FIRE). So, when Nicholls State University witnessed what was happening at other institutions and issued an email to students stating, “Free speech does not protect hate speech,” FIRE intervened with a correction.

“This is not an accurate statement of the law, but instead a 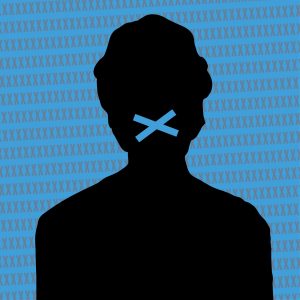 roadmap to violating the well-established First Amendment. … If followed, it will do nothing to meaningfully address racial harassment and misconduct. Instead, it will expose the university to needless civil liability,” FIRE wrote in a letter to Dr. Jay Clune, Nicholls’ president.

But what if, as many students pointed out, a public university has an honor code that condemns derogatory or hateful speech? Would that trump the First Amendment?

No, unless it’s a private university, said Steinbaugh. At a public college, the First Amendment overrules the honor code.

Indeed, a host of schools have fallen into legal rabbit holes after firing or expelling a faculty member or student for controversial statements. And those students or faculty members have often had the support of civil liberties groups that are staunch defenders of the First Amendment.

The American Civil Liberties Union (ACLU), for instance, has notoriously defended hateful speech from the likes of the Ku Klux Klan, arguing that protecting even the ugliest of speech protects all speech from censorship.

Still, public institutions aren’t completely powerless in the face of hate. “With almost everything else in First Amendment law, and, for that matter, in all of law, there are exceptions,” said Powell. And one of those exceptions involves the educational mission of a university.

“The question for students is, ‘Are they acting in ways that are consistent with or inconsistent with the community necessary for education?’” said Dr. Robert Post, Sterling Professor of Law and former dean at Yale Law School. “We can’t have students learn if they treat each other in certain ways.  … And so, if one student is harassing another, they get to be expelled because they are stopping the institution’s educational commitment.”

For that reason, misogynistic or racist slurs thrown in the classroom can be construed as educational interference, or even a Title IX violation, and lose First Amendment protection.

For instance, for both Powell and Post, one word, if hurled in a classroom, is an immediate disruption to learning: the N-word.

“I don’t think there is any place in any university setting for it,” said Powell. “There are some professors who think, ‘For educational purposes, I need to say it’ in order to draw anti-racist points, but I think they’re wrong. The word is too destructive of anyone’s ability to think about things. And when it comes out of an older, White person’s mouth, it’s too reminiscent of its [past use].”

Things become complicated, however, when those racial slurs are hurled off campus or outside the classroom. As a general rule, Post said, the closer an incident gets to campus, the more likely it will affect other students and the educational mission of the university.

But because so many variables can change the dynamic of a situation, experts agreed incidents must be investigated on a case-by-case basis.

“One of the things that a university administrator, who is trying to do her job right, faces is [that] on the one hand, she needs to be respectful of the First Amendment, and on the other hand, I think she’s fully entitled to make the university a place of education where people learn, for example, that you can’t just walk up to somebody and say hateful things to them,” said Powell.

In the case of the Penn State student who displayed a swastika on her shoulder, Powell said the university must decide whether she did something “so serious as to not allow the institution to function as an institution of education” or whether she made a “stupid, insensitive mistake.” After all, he added, “people, including people a lot older than Penn State undergraduate students, do stupid things and make mistakes. And so, there’s a matter of judgement about what you should do.”

For faculty who are protected by academic freedom rights, however, things are a bit different. That’s because, Post explained, academic freedom doesn’t necessarily “entail the equality of ideas” but “the freedom to engage in professionally competent teaching and research.”

In other words, faculty must demonstrate competence and relevance to do their job. So, if a controversial post indicates incompetence in one’s field — such as a history professor denying the Holocaust on social media — then that’s potential grounds for firing or discipline, he said. 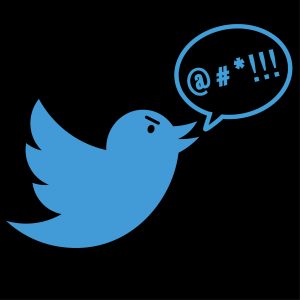 However, if that Holocaust denier is an accounting professor who satisfactorily teaches that subject, Powell said it’s a different story. That means, in the case of UNCW’s Adams, the university would have to find substantial evidence that his controversial viewpoints on Twitter interfere with his competence as a criminology professor.

Post added that the necessity to show competence can extend in some ways to students, too. If a student writes about the merits of eugenics in a biology paper, the professor is entitled to grade them accordingly. And in some cases, especially for students entering health fields, a student could be removed from a certain academic program if they show incompetence in that program.

That’s what happened to nursing student Craig Keefe in 2016 at the public Central Lakes College. After Keefe made multiple, offensive posts on Facebook, college administrators removed him from the Associate Degree in Nursing program for “behavior unbecoming of the Nursing Profession” and “transgression of professional boundaries.”

When he sued citing First Amendment violations, the Eight U.S. Circuit Court of Appeals backed college officials. “Given the strong state interest in regulating health professions, teaching and enforcing viewpoint-neutral professional codes of ethics are a legitimate part of a professional school’s curriculum that do not, at least on their face, run afoul of the First Amendment,” wrote the court.

So, in the absence of legal recourse, professors and university officials do have some say in directing their students toward thoughtful, civic ideas, said Post.

“The purpose of universities is to teach students how to discriminate between better and worse ideas, as well as to determine what we know on the basis of our best possible ideas. No university, public or private, could perform its mission were it not permitted to evaluate the merit of ideas,” wrote Post in an editorial for Vox in 2017, in which he argued the First Amendment is often too narrowly defined in university settings.

“The First Amendment doesn’t mean that universities are powerless and can’t respond at all,” said Steinbaugh. “Universities and their administrators have their own First Amendment rights, which they can use to criticize or condemn speech they find offensive. They can use instances of controversy to be effective, meaningful learning opportunities for the broader community.”

Students, too, have the power to fight hate speech with more speech. And that’s what they’ve been doing on social media by circulating screenshots of questionable comments, denouncing racism when they see it and creating petitions. For many students, this “call-out culture” can feel like a form of justice.

In addition to “fighting speech with more speech,” the ACLU stresses the importance of building diversity within a university’s community, too, and creating forums and workshops that raise awareness and promote dialogue on issues of race, religion, sex and gender.

“Silencing a bigot accomplishes nothing except turning them into a martyr for the principle of free expression,” the ACLU writes. “The better approach, and the one more consistent with our constitutional tradition, is to respond to ideas we hate with the ideals we cherish.”

Pitzer College Says it has Received Threats After Earrings Dispute