Georgia State University — home to the largest student body of any higher ed institution in the state of Georgia — is creating a center dedicated to African diaspora and its people, reports the Atlanta Journal Constitution (AJC). The AJC notes that according to state data, approximately 40% of Georgia State’s students are Black.

In its announcement Thursday, the university’s College of Arts & Sciences stated that the Center for Studies on Africa and its Diaspora will “support research and academic initiatives, artistic efforts and public programming, including exhibitions, lectures and conferences, and advance policy proposals that target issues of concern to the African diaspora across the university and the broader community.”

The news comes two weeks after more than 200 Georgia State faculty members signed a petition asking for the center. Creating such a space 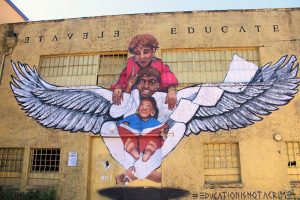 had already been recommended by a faculty commission in June 2019. The petition also asked that the school promote more Black faculty to leadership positions.

Dr. Jennie Ward-Robinson, special adviser to the dean of the College of Arts and Sciences, and Dr. Elizabeth West, an English professor who organized the petition, will co-direct the center. Inaugural events for the center are currently being planned for this summer.

“The need for a center of this focus and aim at Georgia State has been recognized by faculty and students for some time,” Ward-Robinson and West said in a joint statement, according to the AJC. “We are honored to be part of the collective body that worked to bring this moment to fruition. We look forward to the work ahead and the impact that the center will make in and beyond our institution’s borders.”