Faculty of Color Confront Extra Obstacles on the Road to Tenure

Dr. Paul C. Harris, an education professor at the University of Virginia, was offered promotion from assistant to associate professor, but – despite positive feedback up until the decision was made – he didn’t receive tenure.

The promotion and tenure committee argued that Harris’ publication record didn’t meet expectations, noting his work in the Journal of African American Males in Education seemed to be “self-published,” even though it’s a selective, peer-reviewed journal that’s well regarded, particularly among scholars of color. The committee also claimed his citation count was significantly lower than what appeared on Google Scholar.

In response to the committee’s decision, over 4,000 of his former students and colleagues signed a petition denouncing Harris’ tenure denial and minority academics across the country, who had confronted similar hurdles during their tenure processes, reached out to him. 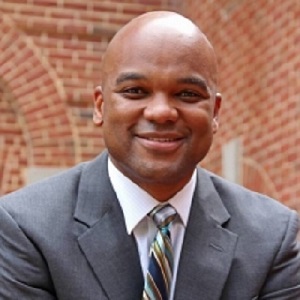 “It’s almost been jarring how not alone I am,” Harris told Diverse Editor-at-Large Dr. Jamal Watson. “I know my case is a symptom of a larger problem.”

Harris, who researches college readiness and Black male athlete identity, shared his story on Wednesday’s Diverse Talk Live webcast, followed by a panel discussion about the obstacles minority scholars face on their road to tenure. Black faculty make up only 4% of full professors in the United States, according to the latest data from the National Center for Education Statistics, and panelists saw inequities in the tenure process as a critical factor.

Cases like Harris’, in which tenure committees undervalue publications in minority journals, are “all too damn common,” said Dr. Donna Y. Ford, a distinguished professor of education at Ohio State University. Black scholarly publications are relegated to “second-class status,” she added, when “the reality is many mainstream journals won’t accept our work.”

While Black scholars are often brought into universities to do research on communities of color, “once you start writing in that area, you’re writing about things that make people very uncomfortable,” she said, and that doesn’t necessarily bode well for getting published – or tenured.

Plus, tenure committees often lack context about the prestige of minority journals, Dr. James L. Moore III – vice provost for diversity and inclusion and chief diversity officer at Ohio State University – pointed out. For example, publishing in The Journal of Negro Education is a “rite of passage” for Black education scholars, he said. They want their work to appear where “some of the best minds” like W.E.B. Du Bois published, but White scholars don’t know that.

Dr. Alvin J. Schexnider, consultant and senior fellow at AGB Consulting, sees it as “incumbent” on Black faculty to help colleagues understand the scholarly value of their research, as well as minority academic publications, he said, because “if they marginalize our scholarship, we are marginalized.”

But attitudes toward Black scholarship and journals are only one piece of the puzzle. Panelists described the tenure process as subjective and often governed by policies unknown to junior faculty of color and subject to biases.

For example, Ford said it’s a “mystery” how many publications are considered a substantial amount for tenure.

Meanwhile, faculty of color are expected to do extra work – mentorship of underrepresented students, diversity workshops and other kinds of service – which takes time away from research and doesn’t count as heavily for their tenure cases, noted Dr. Chance W. Lewis, distinguished professor of urban education at the University of North Carolina at Charlotte. The result is what he called “racial battle fatigue.”

“They are being asked to do things that other faculty members are not asked to do,” Lewis said, and it has “a ripple effect.”

Also, when tenure committees call for external reviewers, they tend to focus on soliciting letters from academics at similar institutions, choosing scholars that aren’t always experts in the tenure candidate’s field. Because there are so few Black scholars, this means junior faculty can be evaluated by people less equipped to assess their work, Howard-Hamilton said. While teaching evaluations can presumably help, research shows student evaluations are lower for faculty of color on average.

She gave a number of recommendations to junior faculty of color for navigating the tenure process: namely, establishing a relationship with the school’s diversity officer, who’s connected to the president and provost; writing teaching evaluation questions to elicit focused answers from students on course content; networking with mentors who could one day become external reviewers and getting to know the chair of the department, a potential advocate.

Lewis, who has headed tenure and promotion committees, also suggested addressing any poor student evaluations outright in the dossier so reviewers can interpret them more fairly.

Listening to the discussion, Harris said he felt “hopeful,” not just about his own case but that the tenure process may slowly improve for scholars like him. For Harris, “tenure was always the goal.” A University of Virginia alumnus, he wants to be a mentor for underrepresented students in the way others mentored him.

He appealed his tenure denial in March, but the provost reaffirmed the committee’s decision two months later. He made an appeal to the Faculty Senate Grievance Committee, as well, which is currently investigating the case.

“My life experience has been inextricably tied to race,” he said. “So, it’s not so much a question of if race is a factor. It’s how race is a factor … Policies can allow biases to flourish.”