On Slave Patrols, a Pandemic, the NBA, and HBCUs: The Birth of an Historic Alliance? - Higher Education

As if trying to avoid contracting a global pandemic were not traumatic enough, African-Americans have had to come to grips with reports that our people are disproportionately affected by the Coronavirus. For instance, according to NPR, whose investigative reporters evaluated demographic data collected by the COVID Racial Tracker, “Nationally, African-American deaths from COVID-19 are nearly two times greater than would be expected based on their share of the population. In four states, the rate is three or more times greater.”

On top of that, images of Black men being brutally slaughtered by the police (and vigilantes) are being streamed into our homes with alarming frequency, bringing to mind the “slave patrols,” from which modern American policing descended.

Historian Gary Potter reports that slave patrols existed for three main reasons: “(1) To chase down, apprehend, and return to their owners, runaway slaves; (2) to provide a form of organized terror to deter slave revolts; and, (3) to maintain a form of discipline for slave-workers who were subject to summary justice, outside the law.”

To be sure, as a result of the rash of police killings over the past few weeks, the names Ahmaud Arbery, George Floyd, and Rayshard Brooks are now singed in our collective psyche.

The cops who burst, unannounced, into Breonna Taylor’s home and shot her at least eight times, as she slept in her bed in the middle of the night, were reportedly–and conveniently–not wearing body cameras. So, mercifully–and tragically–that is one snuff film that will not be played like an endless loop for the consumption of a horrified, quarantined, thus captive, global audience.

By the time the nearly 10-minute video of George Floyd’s May 25 public execution was released, thanks to the brave, forever-changed 17-year-old girl who filmed the incident, it was a bridge too far. After watching the savage lynching (or averting teary eyes), almost immediately a multiracial, multigenerational groundswell of people took to the streets in protest, beginning at the scene of the crime in Minneapolis, spreading across the country, and soon, the world.

People from all walks of life, including numerous professional athletes, have been protesting ever since, doing whatever they can to try to affect change. Most notably, several NBA players, whose season has been suspended since March 11, formed a coalition and declared that “Enough is enough.”

The group–led by Brooklyn Nets player Kyrie Irving, who is also a National Basketball Players Association Vice President, and Dwight Howard of the Los Angeles Lakers–sent the sports press into a feeding frenzy when they floated the idea that they might possibly “sit out” when their season resumes, tentatively on July 30, in a “bubble” at Orlando’s Disney World (assuming the alarming spike in COVID-19 cases in Florida doesn’t render it a moot point). Granted, their initial launch was disorganized and lacked focus, but it seems that they have since found their footing.

They also have a new spokesperson, one Avery Bradley, also of the Lakers. 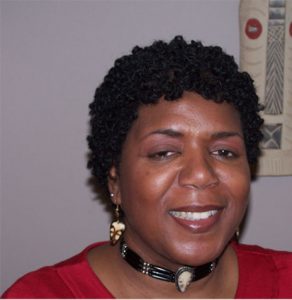 While there is a raging debate about their methods, it is this writer’s humble opinion that the player coalition should be commended for their courageous effort to leverage their NBA platform to work toward ending systemic, systematic racism in America. To actually sit out (assuming the season actually resumes), however, would severely damage their (both the League’s and players’) earning potential, and they would risk the cancellation of next season, as well. As NBA great Charles Barkley reasoned, that would be a “catastrophic mistake.”

During a recent ESPN interview, NBA Commissioner Adam Silver stated that the he “can understand how some players may feel, that…[playing in the bubble ] is not for them.” The league has announced that such players would not be in breach of contract, but they will not be paid for missed games.

Meanwhile, Bradley has released a manifesto, announcing that [the NBA players’ coalition is] seeking the help of the NBA, including individual teams, to use their more than considerable means to make an effort to improve the life chances of African Americans, who comprise almost 82 percent of the NBA.

In a separate statement, Howard wrote, “We are no longer slaves.”

This racial tension, simmering just beneath the surface in the NBA, is not new. Last summer, Golden State Warriors player Draymond Green famously said that “the word ‘owner,’” which is how the people who control the 30 NBA franchises are referenced, “dates back to slavery.” His comments were a centerpiece of one of the essays of the Pulitzer Prize winning New York Times Magazine 1619 Project, “Is Slavery’s Legacy in the Power Dynamics of Sports?”

In essence, the players are demanding that the league give back to the neighborhoods from which they have­ –since 1950– extracted the human resources which have made possible their multi-billion-dollar global empire.

Bradley declared, “Without [B]lack athletes, the NBA wouldn’t be what it is today. The league has a responsibility to our communities in helping to empower us — just as we have made the NBA brand strong.”

For all intents and purposes, it is a call for reparations. A clarion call.

Namely, the players are asking that the league present to them a plan of action, relative to the African-American causes they identified, such as hiring more Black head coaches, general managers, and other front-office management; funding civic and service organizations within the Black community; and partnering with Black-owned businesses, particularly vendors for their myriad sports complexes.

There was, however, one very important African American sector that was not directly addressed: Historically Black Colleges and Universities (HBCUs).

Specifically, because most of the nation’s HBCUs do not have the sizeable endowments of larger Predominately White Institutions (PWIs), most are facing an existential crisis because of the ongoing COVID-19 pandemic. Due to having to refund huge chunks of tuition and room and board in the spring semester, most are now facing massive layoffs and salary/program cuts just to try to stay afloat. Also, enrollments for the fall are expected to be historically low. Long story short, without MAJOR assistance RIGHT NOW, many will not survive.

It would be great if the players would consider asking the NBA to provide immediate subsidies to our struggling HBCUs. This is an opportunity for the Association to provide an historic lifeline to this cornerstone of the Black community.

As stated in a recent USA Today article about the storied schools’ desperate fight to weather the COVID-19 tsunami, “HBCUs are mobility drivers. They produce 42% of the country’s black engineers, 80% of its black judges and 40% of its African American members of Congress. The country’s 107 HBCUs enroll 228,000 primarily black students annually, many from poor households, more than half among the first in their families to attend university.”

It is also important to note that, at one time, HBCUs attracted the majority of the most highly sought-after student-athletes, many of whom were drafted into professional sports. Now, they flock to large PWIs with their superior facilities, big-money boosters, and nationally televised Division 1 games. This historic moment is the perfect time to ask the NBA, beyond the pandemic, to set up endowments for HBCU athletic departments. As well, they should consider annual subsidies to the historically Black collegiate athletic conferences: the CIAA, SWAC, MEAC, and SIAC.

One other potential request is for internships and mentoring programs for HBCU students, both in the League headquarters and team offices. The NBA is a vast enterprise with 30 teams, each valued at $2 billion or more. As such, there are a plethora of well-paying careers in the areas of sports management, human resources, physical therapy, conditioning, sports medicine, mental health, player development, scouting, security, coaching, communications, finance, and management training, just to name a few. An initiative such as this could seed generational Black wealth, as well as serve as a model for other professional sports leagues, especially the NFL.

“League sources told The Athletic that several agents have advised their clients against forcefully speaking in support of the social justice reform movement, out of concern that it could scare off some teams looking to avoid controversy.”

As the NBC Sports piece states, apparently “not everyone wants to race full steam ahead” with the historic push to end America’s institutional, structural racism.

This development leaves one to wonder: Is the player activism in the wake of the George Floyd killing merely an historic moment…or a nascent movement? Let us hope it is the latter.