As part of the ABP program, JPMorgan made a commitment to hire 4,000 Black students over a five-year period in apprenticeships, internships and full-time positions. In year one of the goal, more than 1,000 Black students were hired. 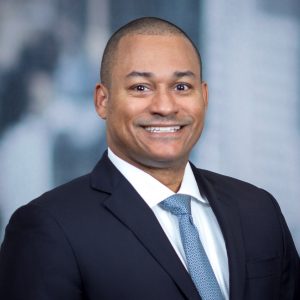 “We knew that by leveraging our business and philanthropic resources to really focus on these three areas, we could move the needle in the Black community,” said Sekou Kaalund, managing director at JPMorgan and head of ABP.

JPMorgan has continued to partner with historically Black colleges and universities (HBCUs) over the years. At Howard University, they launched a financial health course during freshman orientation. Additionally, this year, JPMorgan hosted a virtual HBCU commencement ceremony, which saw participation from over 30,000 students and 78 institutions.

“Our partnership started with HBCUs because they’re critical institutions in the Black community,” said Kaalund. “We wanted to make sure that we’re amplifying and contributing to the longer-term success and liability of institutions as well as benefit from the immense talent that comes from HBCUs.”

To provide recruitment opportunities, JPMorgan has launched several programs for students to participate in. One, for example, is the Advancing Black Pathways Apprentice Program designed for students in their freshman and sophomore year of college to introduce them to a corporate environment at an earlier age.

“We wanted to make sure that this talent had the opportunity to really acclimate, learn, contribute early,” said Kaalund. “So by the time they got to their junior year internship, they are rock stars. They are doing well because we’re not doing charity. We are extracting the best talent.”

Last year, students were able to work personally with Black businesses. However, this year, due to the COVID-19 pandemic, the program transitioned to a virtual setting.

“Even though these students are in this challenging time right now, difficult job market, the movement and progress in this country now and the direction we’re going, they’re well suited to continue that progress and really get to live their dreams in a way that generations before them haven’t been able to do so,” said Kaalund. “And so whether ABP is a window or door into JP Morgan, that’s great. But more importantly, we want people to access this content that helps them thrive in whatever profession they’re choosing.”

Forest T. Harper Jr., president and CEO of INROADS, an organization focused on diversity in corporate America, said ABP has exposed students to careers in financial service as well as to Black executives and senior executives who look like them. 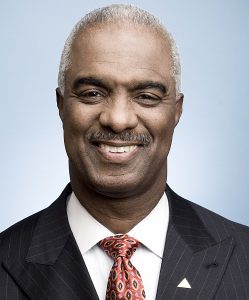 According to a recent JPMorgan survey, 59% of recent Black college graduates said free online learning tools and courses would be most helpful to address the impact of COVID-19.

“So giving people some real candid advice listening to some of the various leaders but we are also tying in the financial health piece because that’s really important,” said Kaalund.

In addition to helping students, the National Minority Supplier Development Council, US Black Chambers, National Urban League and Black Enterprise partnered with JPMorgan to establish the program. Each of the organizations established an educational curriculum, which includes a free series of 90-minute virtual sessions for entrepreneurs to learn more about how to protect cash flow, reduce expenses and manage inventory during the pandemic.

According to JPMorgan Chase Institute research, Black-owned businesses experienced a 26% decline in cash balances in March, compared to last year.

Forrest said to reduce racial inequity gaps in the workforce, other companies should invest in the communities that have high-risk students and partner with those educational institutions. Additionally, there should be an increase in the number of Black students engaging in paid internships to give them opportunities to become candidates for hiring later.

ABP has become a model for other businesses to follow, according to Kaalund.

“We know that one company can’t solve the challenges of institutional racism in this country, that would be impossible,” he added. “But what one company can do, is show that there is a way that we need to be intentional and go about making an impact and bring people along that journey. You may do it your own way because you are in a different industry. But the point is, we all need to do it together.”