On July 9, the Central Intercollegiate Athletic Association (CIAA), a Division II conference comprising 13 historically Black colleges and universities (HBCUs), announced that NCAA sports competition sponsored by the conference will not take place during the fall of 2020. This decision was made due to concerns associated with COVID-19. All 13 athletic directors were unanimous in their decision. 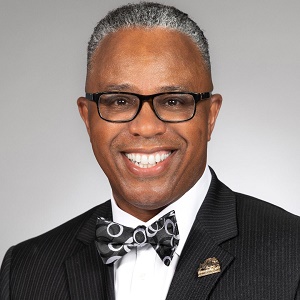 “This is a decision that was made to protect the safety and wellbeing of everybody involved,” Clyde Doughty Jr., vice president of intercollegiate athletics and recreation at Bowie State University and president of the CIAA athletic directors association, told Diverse.

The 13 institutions of the CIAA span five states. In any given school year, the conference produces 14 championships. During the fall semester, athletic scholarships will be honored and all current student-athletes will be able to participate in classes, whether hybrid, on campus or online. There is an ongoing discussion among the member institutions about moving some fall sports to the spring, such as playing a conference-only football schedule.

In the aftermath of the announcement, the CIAA continues to work on how to keep alumni and fans engaged and excited about their institutions.

“Over the last couple of years, we’ve done a really good job in engaging through our social media platforms,” CIAA commissioner Jacqie McWilliams told Diverse. “We’re going to evolve ourselves to think differently about how we connect with our membership, but also with our fans and alumni.”

For instance, CIAA hosted a virtual party the weekend of Juneteenth that people were enthusiastic about. McWilliams anticipates continuing to involve member institutions and sponsors in similarly creative ways. A meeting with coaches is scheduled for this week to get a sense of what they’re interested in doing, and next week, student-athletes will discuss what they want to do as an impact community. Whatever is done, she said, will reflect the CIAA’s three pillars: leadership, tradition and community. 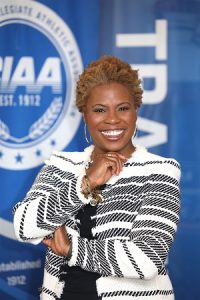 “Also, the physical, the spiritual, the cultural wellbeing of what’s going on to help them navigate [the current uncertainties],” said McWilliams. “We get a chance to address what’s happening in the here and now to help support them and figure out what they need on their campuses to sustain while sitting in this waiting period to get to the other side.”

McWilliams said she appreciates the support and resources coming from the NCAA. Some student-athletes have had opportunities to participate in leadership development even in this difficult time. McWilliams also acknowledges that some of the CIAA’s sponsors have continued to offer internships or other opportunities for the student-athletes while they’re off the field of play.

The CIAA has also done its utmost to be supportive of student-athletes, coaches and administrators at the member institutions during this time of activism around Black Lives Matter, she said.

“The conference, our office, does a good job in making sure that we are aware of how we can educate our student-athletes,” said McWilliams. “We’re working on a possible partnership on voting and how important that is … and creating a space for them to understand the importance for local, national and regional voting this year.”

It’s also important to continue to educate the American public about the enduring value of HBCU institutions and athletic programs can play a role in that, she said.

Both McWilliams and Doughty said going forward they anticipate greater collaboration, not only among the institutions in the CIAA but also with other HBCUs and Division II athletic conferences.

“We’re looking to become more creative and listening to folks at a greater level of how they would want to engage with each other,” said Doughty.

For now, the CIAA is trying to explore new revenue streams.

“We have our CIAA TV Sports network that we have been using the last couple of years and our online store that we will continue to push and try to make revenue off our licensing,” said McWilliams.

“We’ll do our best to manage what we have as we always have,” she added. “Our board and our membership are committed to the conference staying afloat. … We should be fine.”