The University of Southern California’s School of Cinematic Arts will remove an exhibit on John Wayne after nationwide protests against racism again highlighted some of the actor’s racist comments. 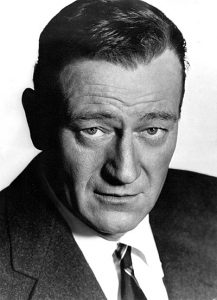 The university didn’t specifically say Wayne’s comments are the reason for the removal of the exhibit, which will now be moved to the university’s Cinematic Arts Library archives.

“Conversations about systemic racism in our cultural institutions along with the recent global, civil uprising by the Black Lives Matter Movement require that we consider the role our School can play as a change maker in promoting antiracist cultural values and experiences,” said assistant dean of Diversity and Inclusion, Evan Hughes, in a statement.

At the library where the exhibit will be moved, it will be placed “within the proper archival and research context” for continued scholarship on the role played by Wayne’s films in the history of cinema, Hughes said.