While some experts are expecting a jump in the popularity of two-year institutions due to the COVID-19 pandemic, the data doesn’t yet reflect such a trend. 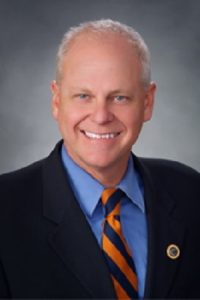 Based on experiences during previous economic downturns, it is reasonable to expect increased enrollment, but Feist said that may not happen as much as in the past when the complexities of the COVID-19 pandemic are factored in. “We are planning that we will have additional — not huge, but additional — enrollment growth in the fall,” Feist said.

Numbers for the summer session currently underway are “mixed,” said Feist. Some colleges are reporting solid gains over the same period as 2019—as much as almost 10%—but others are not showing any increase. It is too early to assess fall numbers, he said.

On the positive side, online education has become much more sophisticated over the past decade. There are 115 community colleges in California, one of which is all online. Feist said approximately 18% of the education was online prior to the pandemic and now nearly 100% is online. On the flip side, some students are struggling with online education for a variety of reasons.

Meanwhile, the City University of New York (CUNY) said it has seen a surge in summer session enrollment. All institutions across the CUNY system, which includes two-year, four-year and graduate schools, have posted an overall 17% increase. CUNY’s seven community colleges have shown a 5% increase.

“The growth of our summer enrollment is a product of CUNY’s first-class academics, extraordinary affordability and the outstanding outcomes our graduates can expect,” said CUNY chancellor Dr. Félix V. Matos Rodríguez in a press statement. “We are thrilled to provide access to high-quality distance education programs in these uncertain times.”

At Bucks County Community College (BCCC) in Pennsylvania, the drop in mid-March was stunning, said director of admissions Marlene Barlow. The decline continued for seven weeks, although not as extreme as the 65% drop in week one. Then the college started to see an uptick in applications for the fall, but applications compared to last year are still down by approximately 20%. Barlow said summer enrollment has been good, particularly the number of guest students (nearly 1,500), who are students enrolled at another institution desirous of taking a course or courses close to home in the summer.

Barlow recently met with the guidance counselors of five high schools that traditionally send a considerable number of students to BCCC. All said their students are waiting to hear which college campuses will reopen before making decisions about where to matriculate in the fall.

“If their first choice four-year institution is going to go remote that may be the lynchpin,” said Barlow. “That may turn them to come to the community college because they’re being practical about it in terms of remote instruction. Our price point tuition-wise is better.”

In-county tuition at BCCC is $165 per credit. Dual enrollment is on the rise for the summer sessions. There has been a 22% increase in credits among current high school students, said Barlow, which she attributed to the lack of traditional summer jobs. “So they’re making good use of their time,” she said.

Dr. Martha M. Parham, senior vice president, public relations, American Association of Community Colleges, said some schools are reporting as much as 20% declines in enrollment for their current summer session while others have seen a slight increase. It’s too soon to know for the fall. 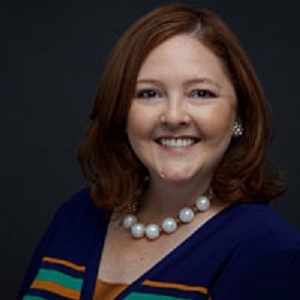 “I know there’s a lot of speculation that enrollments are going to increase because of the pandemic and that students won’t want to pay a lot of money to go to a four-year university when they can’t live on campus or they have to take classes remotely or they’re going to have a limited experience, but we don’t know how that’s going to play out,” Parham said.

Right now, community colleges are planning out their own fall semesters, Parham said. Some have already committed to online, and others are looking at splitting the semester with the first eight weeks online and the remainder of the semester on campus if possible.

Parham said there is still uncertainty about whether college campuses will reopen and, if they do, to what extent. She repeated what Feist said about enrollment being counter-cyclical, noting that in 2008-09, community college enrollment “skyrocketed.”

If there is a marked rise in enrollment, Parham has no doubt about the overall ability of community colleges to meet the demand.

“We are used to serving more students with fewer resources,” she said.

Barlow said BCCC can absolutely meet a surge and has already increased advising services. “We want students to achieve their educational goals,” she said. “We are proud that we launch students onto all kinds of colleges and universities — small, large, local and elite. We have the facilities, the educators and the administrative mechanisms in place.”