Are Video Games the Future of HBCU Sports? - Higher Education

Are Video Games the Future of HBCU Sports?

As the coronavirus continues to wreak havoc on traditional fall sports, historically Black colleges and universities (HBCUs) are leaning into a growing athletic trend: esports.

The Mid-Eastern Athletic Conference announced earlier this month that it was canceling all fall sports, including football. But it also shared that it’s partnering with Blaze Fire Games to launch an esports league for HBCUs. On July 5, HBCU Heroes, a nonprofit to support historically Black colleges, held its first HBCU esports competition. And even before that, individual HBCUs like Hampton University, Johnson C. Smith University, Florida Memorial University and Lincoln University started dipping a toe into the multimillion (approaching billion) dollar industry. 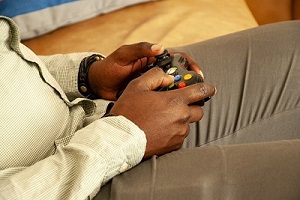 Past generations might question gaming’s merit as a real sport, but the competition has real fans and investors. According to a recent report by the market researcher Newzoo, esports is expected to generate $973.9 million in revenue worldwide in 2020 and surpass a billion in 2021 – and that’s the company’s revised, more modest estimate since the pandemic hit.

“The industry is going to continue to grow,” said Dr. BerNadette Lawson-Williams, a professor of sports management at Johnson C. Smith University, who helped found the school’s new esports and gaming management program. There’s been a “surge of popularity because of COVID-19. But even beyond that, the esports market is going to thrive. The interest is there.”

Her university is introducing an esports minor in the fall – and unveiling an esports lab and student club – with a focus on preparing students for careers on the business end of the gaming industry.

“For those who game, they already have that advantage of the technical skills and the technical understanding of the industry. All you’re doing is taking that love and fondness of esports and transitioning it into a career,” Lawson-Williams said. “Isn’t that what we always say – follow your passion? Hey, [students are] already passionately playing esports in the dormitory, so why not transform that passion into the classroom and into job opportunities?”

Esports is also a way to open up entertainment careers and STEM careers, like game design, to Black students, noted Dr. Marc Williams, who recently joined Florida Memorial University as a global scholar practitioner. The school is building an esports lab where he’ll be heading a new esports program this fall in partnership with The Collegiate StarLeague and WorldGaming Network, currently the largest college esports organizer with 16 leagues and 1,800 teams on college campuses.

He pointed out that esports allows students to be paid for their athletic skills. That’s no small thing during an economic downturn. Competitive prizes can come to thousands of dollars, with an increasing number of esports college scholarships available to gamers.

Esports programs can also give institutions a boost, noted Wim Stocks, general manager and CEO of The Collegiate StarLeague and WorldGaming Network. He’s addressed the White House Initiative on HBCUs about how esports could attract students, bolstering HBCU enrollment.

Meanwhile, video games are unencumbered by the pandemic, unlike their more traditional counterparts, he said. For example, while Collegiate StarLeague’s grand finals usually happen in person with a live audience, all the games themselves take place online, so Stocks found it to be a “nearly seamless” process to pivot to an all-virtual experience. He sees esports as poised to fill the gap left by in-person college sports this fall season.

Harry Stinson, Lincoln University’s athletic director, also described esports as a community engagement tool at a time when people feel disconnected. The school already has an esports club with plans to build a program and an esports lab. He envisions coaches and players, and even professors and students, bonding online over games.

Not only is esports a “personification of liberal arts learning,” it’s a “connector of people,” he said. “I’m always looking for ways to engage the community into our university. Everybody and anybody is gaming.”

But even if they’re popular, many Black students don’t know that esports can be a part of their college education, Williams noted, let alone a career path – but as HBCUs increasingly enter the esports arena, that’s bound to change. Williams has been involved in developing esports programs for 20 years and said he rejected nine jobs at predominantly White institutions in order to work for an HBCU and bring esports to Florida Memorial University’s students.

“We know that when you give a Black child an opportunity to do something, we’ve shown over and over again in the Black community how resilient we are,” Williams said. “The sky is the limit for what they could do.”