To understand individual prejudice, the University of Houston-Downtown (UHD) has developed a virtual Implicit Bias Book Club for faculty members and community partners to participate in virtually. 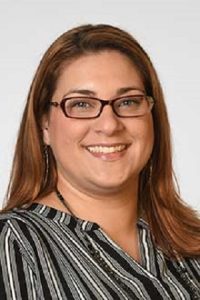 “A book club is a safe way to begin what could potentially be uncomfortable dialogue,” said Dr. Nina Barbieri, director of UHD’s Lab for Equity in Action and assistant professor of criminal justice. “So, if we started venturing into spaces where we are wanting people to recognize that they might have their own implicit biases and how those might impact students or how those might impact different practitioner work that they might do, people could be resistant to that.”

Last month the book club discussed Mistakes Were Made (but Not by Me): Why We Justify Foolish Beliefs, Bad Decisions and Hurtful Acts by Carol Tavris and Elliott Aronson.

Barbieri said the layout of the book club is “informal.” She comes to meetings with prepared questions or concepts to discuss the assigned chapters but also leaves it open for others to share their thoughts. Additionally, related YouTube videos and Ted Talks are provided to participants prior to the meetings as a way to further expand the discussions.

Over the past few meetings, there have been around 20 participants. However, Barbieri remains hopeful numbers will increase as individuals hear about the club and become more comfortable entering the space. These virtual book clubs have become increasingly popular at colleges and universities across the nation.

A group of faculty members works with the Lab for Equity in Action at UHD to choose the books, and participants in the club vary in discipline, age, race and gender.

“All those different perspectives weigh in on the conversation whenever you’re talking about these things,” said Dr. Jerry Wallace, assistant dean of the College of Public Service and UHD’s director of advising, recruitment and retention. “It is important for us as faculty, because we are going to take these themes or these elements as we deal towards implicit bias and infuse them into the academic curriculum, so that way, the students can have this sense of social justice within class.”

The final meeting will take place this week and will include a discussion with Tavris.

The book club has received positive feedback from participants. 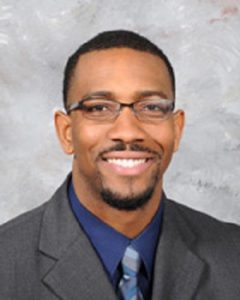 “The faculty that engage in it are really responsive and excited and are interested in having these conversations,” said Barbieri.

Participants who are unable to make meetings can still send in their own comments about the assigned chapters.

This summer has been a trial run for how the platform will be run for the fall semester to possibly bring in student participants.

With the potential for students to join the discussion, Wallace said the goal is to make them more “culturally sensitive.”

The Lab for Equity in Action was established last year to address implicit bias and engage students in diverse environments.

“It’s important work and it’s long-term work,” said Wallace. “There’s not one way to do it and there’s no necessarily right answers to do it. It’s going to take some time but we’re in it for the long haul.”

Columbia Professor Targeted With Noose: “I Will Not Be Silenced”

The Pathology of Delusions