Reversing course, a Promotion and Tenure Committee at the University of Virginia (UVA) has voted to recommend Dr. Paul C. Harris for tenure and promotion. Previously, a Promotion and Tenure Committee voted to deny tenure for Harris, an assistant professor of education at UVA. Harris’ tenure case has now been approved by UVA’s provost and now goes to the Board of Visitors (BOV) for final approval. 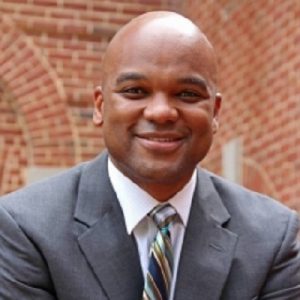 The initial denial of tenure for Harris sparked outrage among numerous minority scholars who denounced what they viewed as a biased initial tenure review. In a Diverse Talk Live webcast on July 1, Harris joined a number of minority scholars to discuss inherent bias within the promotion and tenure process at a number of institutions.

Notably, according to a Diverse report on the Diverse Talk Live webcast, the Promotion and Tenure Committee that voted to deny Harris tenure claimed that Harris’ publication record didn’t meet expectations, noting his work in the Journal of African American Males in Education seemed to be “self-published,” even though the journal is a selective, peer-reviewed journal. Following the initial decision to deny tenure, more than 4,000 of Harris’ former students and colleagues signed a petition denouncing the decision.

Asked to reflect on the groundswell of support he received following the initial decision to deny him tenure, he called the support “overwhelming. … Both what I know of, and that that I don’t know of but I know had to also have been happening behind the scenes,” Harris said in an interview with Diverse. Harris reflected on “even the first e-mail that I received from a colleague whom I sent that initial denial letter, and his e-mail screen-shot” of his Google Scholar profile, saying, “this is patently false, what was put in your report,” and the support of his wife, fellow UVA alum and author Taylor Harris, who went to bat for him “through her writing, which is her craft in general.

“I’m overwhelmed personally, because yes, their sentiments were expressed towards me and I felt them deeply and still do. And overwhelmed by just how common, unfortunately, my case is in academia.”

According to his UVA web page, Harris’ research focuses on “improving the college and career readiness of underrepresented students and the role of school counselors in this process” and the “identity development of student athletes, with emphasis given to Black males.”

However, in the Diverse Talk Live webcast, Dr. Mary Howard-Hamilton, distinguished professor and chair of educational leadership at Indiana State University, pointed out though Black scholars are often brought into universities to do research on communities of color, “once you start writing in that area, you’re writing about things that make people very uncomfortable,” she said, and that doesn’t necessarily bode well for getting published — or tenured, the Diverse report noted.

On Friday, Harris added the hashtags #grateful, #hopeful, #ILoveMyVillageOfSupport, #TeammatesMatter, #GodIsGood, #BlackintheIvory to a post on Twitter, reading, “When you get a letter from your provost saying that she supports your dean’s re-evaluation in favor of tenure and has sent it to the BOV for final approval.”

“As grateful as I am for me,” Harris said in an interview with Diverse, “I’m even more excited to have a little more hope that people after me won’t have to go through what I went through if we respond well to this flashpoint, if you will, at the university.”