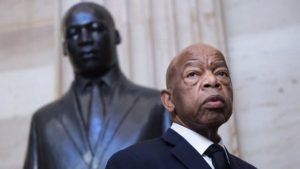 The John R. Lewis Institute for Social Justice is a continuation of the Fisk Race Relations Institute, “which shaped so many of the conversations and policies during the 1960s and 70s,” stated a press statement. The new institute will include a master’s program in social justice, several certificate programs as well as various undergraduate projects, research, and forums.

“Congressman John R. Lewis embodied the very best of humanity – his kindness, perseverance and unwavering commitment to fighting for those in need set an example for all the young people who are looking to create a better world,” said Fisk president Kevin D. Rome.