Over 12,000 educators and students around the world convened virtually this week  to participate in a University of Pittsburgh Office of Diversity and Inclusion forum titled, “Advancing Social Justice: A Call to Action.”

The three-day forum, which included over 50 interactive sessions and workshops, was held to provide participants with the tools and resources “needed to advance, address and confront systemic and institutional racism,” said Dr. Clyde Wilson Pickett, vice chancellor for diversity and inclusion at Pitt.

“This is an opportunity for us to strategize ways we can take action,” he said. “And as Representative [John] Lewis encouraged us, this is a way for us to do something about it. As we are in the midst of a global pandemic and as we are witnessing community activism and calls for change in the wake of the homicide of George Floyd, this year’s forum and this opportunity for us to gather has a heightened tone of priority.” 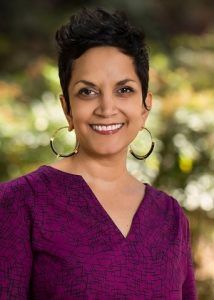 Dr. Leigh Patel, a professor in the School of Education at Pitt, started off the first session, “A Call to Activism: Witnessing Globally, Responding Locally,” by discussing the many disparities exposed by the COVID-19 pandemic.

To act against racism, one must know “your place to step up, speak up and whether that is coming from an informed place,” she said.

“To be in right relationships is to understand … the histories of the people who are alive, who have been stewarding these lands, airways and waterways for millennia,” she added.

Patel encouraged participants to think about the land they tuned into the virtual forum from and their relationship with that land.

Social justice educator and activist Dr. Angela Davis headlined the second session during the first day of the forum. Davis’ work in social justice stemmed from growing up in Birmingham, Alabama during the time of segregation, where she witnessed the violence of the Ku Klux Klan and vividly remembered the lynching of Emmett Till.

“I think that I realized that it was simply not possible to survive with dignity under those conditions without standing up and fighting back,” she said.

Davis observed that people are now beginning to recognize the “structures of racism, the ongoing institutionalization of racism and the systemic characteristics of racism.”

“This is an extraordinary historical moment,” she added. “It is a moment of massive recognition and awareness that we have to begin to engage with a process that should have been started 150 years ago. We are 150 years too late. But of course, as they say, it is better late than never. Now is the time we are beginning to do that work.”

During her session, Davis discussed the distinction between the terms “non-racist” and “anti-racist.” She emphasized that individuals saying that they are not racist but who remain silent while seeing the systemic aspects of racism within education and health care “accomplishes nothing.”

Dr. Ibram X. Kendi, author of  How to Be an Antiracist  raised a similar point during his presentation at the forum. He asked the question, “Why does racial inequity and injustice exist?” 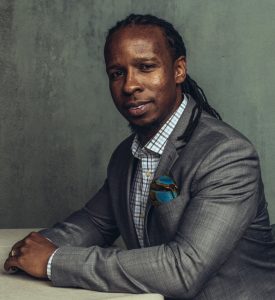 Kendi said there have only been two answers: the racist belief that “something is wrong with the Black people, indigenous people” or the anti-racist view of there being “something wrong with society, policies and power.

“What I am seeking to do is for Americans to almost eliminate the term ‘not racist’ from their vocabulary,” he said, “and begin to see that our ideas, our policies, our institutions and even us, every one of us, we are either being racist or anti-racist based on the ideas we are expressing, based on the policies we are supporting and based on even our inaction.”

In terms of systemic racism within higher education, one issue discussed was that faculty and staff of color often serve as unpaid “diversity workers and counselors.” Additionally, many are penalized for doing so while seeking tenure or a promotion,  Kendi added.

He recommends that institutions should require every faculty member applying for tenure to show that they have contributed to diversity and equity work, not just faculty of color.

Kendi also emphasized the need to change policies around the idea of “public scholarship.” For example, when completing his second book, he received comments from other historians indicating that his writing wasn’t  “scholarly.”

“There’s so many changes that could actually happen right now that will move us in the direction of a more democratic educational system,” she said. “But of course, eventually, we want free education. We want everyone to have access to these institutions of higher learning. Money and capacity to pay should not act as an impediment for someone who really wants to study and learn.”

Other workshops throughout the forum focused on xenophobia, allyship, White privilege, defunding the police and the role of religious communities in social activism.