In a new analysis, Excelencia in Education put a spotlight on  current federal COVID-19 funding proposals as well as the Coronavirus Aid, Relief and Economic Security (CARES) Act and its impact on Hispanic-serving institutions (HSIs).

The findings are staggering.

Inconsistencies in the CARES Act funding was based on the full-time equivalent (FTE) of Pell Grant recipients. In using FTE, institutions with a higher number of enrolled part-time students received less financial aid than those with more full-time students, the research found.

The use of the Pell grant also received scrutiny. 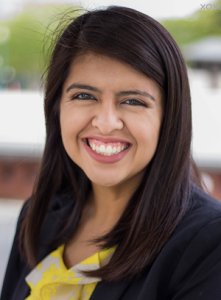 “People should be cognizant of how using Pell as a proxy for students having need can also tend to undercount Latino students,” said Janette Martinez, senior policy and research analyst at Excelencia. “There should be ways beyond just looking at Pell students to really count students’ needs,” she added.

To solve this issue, the analysis recommended that funding should be distributed using a head count of students rather than FTE “to better reflect the need of institutions and their students.”

Under the minority-serving institutions (MSIs) section of the CARES Act, $1 billion was set aside for MSIs, who are eligible for Title III and V grants. Despite HSIs making up half of all MSIs, only $210 million or 21% of the funding was received, the research said.

In 2018-2019, 539 institutions met the qualifications of an HSI. To be eligible for a Title V grant, an HSI must have “high enrollment of needy students,” “low core expenses” and apply to the United States Department of Education. Over 100 institutions who qualify as an HSI, were left out of the funding while some non-HSIs received aid, according to the analysis.

To lower the number of inconsistencies, the research suggested that the Title V eligibility process should be “standardized and streamlined.” Guidance should also be supplied on which institutions can receive HIS funding.

Under one current proposal, the Health and Economic Recovery Omnibus Emergency Solutions (HEROES) Act would use a head count of students rather than FTE, “which better recognizes Latino students’ attendance patterns,” according to the analysis.

Funding would also be separate for public and private institutions. For example, in some states, such as California and Texas, public HSIs would receive more funding. 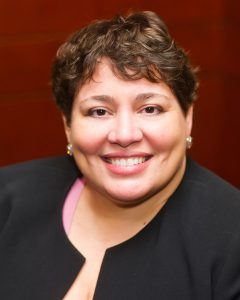 The HEROES Act also set aside $1.7 billion for MSIs, in which $405 million was allocated to HSIs. To qualify for additional funding, HSIs must submit an application form demonstrating financial need and can only apply through one minority-serving designation.

An application requirement can direct funding to those institutions with the most need. However, the analysis emphasized that an application process might deter institutions from applying due to additional administrative burdens.

“There is value in reacting and acting quickly,” said Deborah A. Santiago, co-founder and chief executive officer at Excelencia. “But there is also a value in taking a little bit more effort in being intentional in serving a population that has the greatest need for degrees overall and that they are retained to completion. With a second attempt, we would want to address some of what we saw where different impacts that didn’t help Latinos make sure that they are included in some of the conversations and additional resources to be disseminated.”

Outside of financial needs, institutions need to serve its student populations more intentionally and offer support services to meet mental health and “social structure” needs, according to Santiago.

She said that during the COVID-19 pandemic, when inequities were exposed, many institutions “transformed” and decided to reach out to students directly to make sure they had access to technology and other needs.

“They could have done this before and they claim they couldn’t,” Santiago added. “Now they have to. So how do we prevent them from going back? How do we make sure that becomes the standard of student engagement and support?”

Martinez added that there should also be more clarity around whether classes will be held in-person or online for the fall semester. If in-person learning is held, students should also have guaranteed housing for the semester to prevent them from returning to “multi-generational” household and putting their families at risk.

“We are unfortunately, in another recession and we know education was key to coming out of the last recession and making sure that people could re-earn their wages again and help their families,” she said. “That is going to be key in this recession as well, I’m sure. We need to make sure that Latino students can continue to stay in their classes and continue to persist in their education and graduate so that they can be part of this economic recovery.”

Colleges and Universities Must Not Rest On Their Laurels