The Murder of George Floyd Serves as a Defining Moment in U.S. History - Higher Education

The murder of George Floyd by the Minneapolis Police Department on May 25th shook America to her very foundation. Corporations, businesses, professional athletes, executives, and people from various races and backgrounds could not sit back and ignore or dismiss Mr. Floyd’s homicide. The murder serves as an exclamation point, or a significant defining moment, in the history of the United States.

The horridness of the 8 minutes and 46 seconds that some described of Mr. Floyd’s murder, whether viewed from a position of basic personage or from an oppressive/racial lens(es), moved individuals to soul search and organizations to rethink policies and practices. Flippancy and indifference seemed on hold as contemporary America appeared to be heeding what Black people (and our allies) have been saying throughout American history: Our lives matter, and that the system in which we live and work is  not broken, but rather the system’s design needs revamping, so that it will work for all.

Consider for example, as some acknowledged, the killing of Mr. Floyd not only as a societal issue but one that extends into other aspects of life. Executive Theo Epstein, the President of Baseball Operations for the Chicago Cubs, provided the following: “I’ve hired a Black scouting director, [a] farm director in the past, but the majority of people that I’ve hired, if I’m being honest, have similar backgrounds as me and look a lot like me.” Epstein continued, “That’s something I need to ask myself why. I need to question my own assumptions, my own attitudes. I need to find a way to be better.” Indeed, and hopefully Epstein not only reflected, but corrected his behavior. Epstein’s previous behavior to not prioritize diversity, equity, and inclusion is not endemic of all executives, but he exemplified how power structures can prevent someone such as myself with differing identities, but with a high academic pedigree and experience, from not only job considerations, but from positions with a corner office.

Just as the murder of Mr. Floyd rattled Epstein, some stated how it shook up the United States, and disturbed the world. The murder occurred about 2.8 miles from where I used to live when I moved to Minnesota in 2017 for a tenure track professorship at a predominantly White, mid-sized private university. My institution experienced the ramifications of the murder. More directly, my institution experienced two on campus incidents centering on the “n-word” in consecutive years; as well as two consecutive years of bomb threats; a presidential visit to the politically blue city of Minneapolis (the location of not only my office, but also my classrooms inside the School of Education), and of course the COVID-19 pandemic. All  of this has provided me with an exceptional portfolio, particularly given my identities of being Black and male. 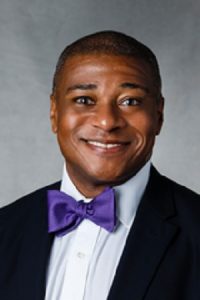 For those of us in academe seeking tenure, the National Center for Education Statistics tells us that only 2 percent of full-time professors are Black males. Most people therefore will probably not have a Black male professor. Given the dearth of Black males teaching in the K – 12 system, one could go through their entire educational career and not have a Black male as a teacher, or a professor. When students encounter a Black male professor, they could become surprised and excited. Or, they could be skeptical and standoffish because they are experiencing a phenomenon: A Black male in a position of perceived power and authority in their education. When encountering “Black authority” students, peers, and colleagues, could act upon their bias(es) as a form of resistance.

Stereotypes and biases associated with our marginalized identities can work against us and can either consciously (or perhaps subconsciously) work to overcome these barriers, but woe unto the Black faculty member who makes a mistake, forgets a folder, or lapses on recalling the file in which they placed their lecture notes into. These human errors are inexcusable and punishable by students, and subsequently administrators. A bit dramatic and embellished, these errors of personage occur and may elicit bias wraths from students. Others noted the kind of knee on their necks, and for us professors, as at least one individual noted, student evaluations are ours.

Mr. Floyd’s murder caused for the hopefulness of “a new day,” where the positive change sought not only exists, but is also practiced. Hope and faith alone will not get any job done as Scripture (James 2:17) informs us that faith without works is dead. Perhaps causing soul searching questions of, “What can I do?” or “I don’t know what to do to help make positive change?” to emerge, particularly with our White counterparts. I’m very thankful to have Whites inside and outside of my work that checked on me. Allies, friends, associates, people in general, use your respective power, privilege, and prestige within your respective spheres.

Additionally, for us in Minnesota, abandoning the passive-aggressiveness of “Minnesota Nice” would be wise. This cultural norm, or unwritten law governing the state, gives the outward appearance of pleasant, and friendly behavior, anti-racist educator Tim Wise and Minnesota playwright Sly Jones offered. Wise asserted that accomplishing diversity, equity, and inclusion in our society would be difficult to achieve through niceness because the work requires uncomfortable disruption (not anarchy, as some acknowledged, or disrespect, etc.). Wise continued by noting conversations he had with various racial groups throughout Minnesota and therefore acknowledged that not adopting the “Minnesota Nice” way, one can receive negative labeling, when in fact, the cultural practice is the problem because as he stated, “justice is sometimes loud.”

When asked, “What is my, or your, responsibility?” a wise answer is what a friend of mine said in response to his rhetorical question: Be thoughtful and wise. Indeed, because while this work is not new or original, hopefully someone hears, “the voice of the Lord saying, “Whom shall I send? And who will go for us?” And [you say], “Here am I. Send me!” that you will go forth being “morally responsible leaders who think critically, act wisely, and work skillfully to advance the common good” so that the ugliness of Mr. Floyd’s murder will not get forgotten so that we are living in a “new day”!

Dr. Cornelius Gilbert is an assistant professor in the Department of Educational Leadership at the University of St. Thomas.