College and university presidents preparing for the upcoming school year amid COVID-19 are focused on maintaining academic programs and current tuition levels, cutting staff and administrative positions, and addressing issues of racial injustice, according to a national survey conducted by a leading higher education organization.

The Association of American Colleges and Universities (AAC&U) recently released “Responding to the Ongoing COVID-19 Crisis and to Calls for Racial Justice: A Survey of College and University Presidents,” a report detailing how college and university presidents are planning to address both the financial challenges of the pandemic and the national protest movement for racial justice.

The AAC&U in conjunction with ABC Insights, a higher education research group, surveyed members of the AAC&U Presidents’ Trust, higher education leaders of four-year public and private institutions and two-year community colleges, between June 25 and July 12, and compared their responses to those from a previous survey taken in March. 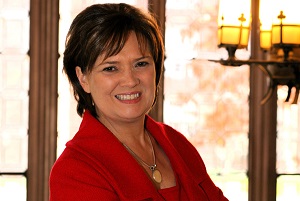 The survey found that 85% of the 119 presidents responding to the second survey said they expect to maintain, rather than raise, tuition rates, up from 81% in March when a prior survey was conducted and 142 presidents responded. Ten percent more presidents in the June/July survey anticipated no cuts to academic programs or faculty positions than in March. In both surveys the majority of the presidents surveyed anticipated revenue losses of between 5 and 14.9% (61 percent in March and 66 percent in July). In addition, the second survey revealed “presidents are anticipating the implications of a palpable shift in the national consciousness with regard to racial discrimination.”

AAC&U President Lynn Pasquerella told Diverse, “In the time since we administered the first survey to this latest one, we have seen a skyrocketing unemployment rate with 51 million people filing for unemployment [insurance] and there’s also a focus on racial justice and a moment of racial reckoning that has followed the killing of George Floyd, Breonna Taylor, Ahmaud Arbery and so many others at the hands of police or people engaged in White supremacist activity.”

She added that she was “particularly interested in that majority of presidents who said they were going to focus on racial justice in new ways, not just by appointing a chief diversity officer and sending out statements about how appalled they are but really engaging in comprehensive audits about the way in which we continue in higher education to perpetuate colleges and universities as white spaces, and what we do to address that.”

Addressing inequities is a top concern

Confronting systemic racism and addressing inequities on their campuses were significant issues among the respondents to the second survey, which was taken during the weeks of mass demonstrations and protests around the country.

“The multiple waves of protest following the killings of Black citizens by police have contributed to a growing national movement for racial justice and foregrounded the urgent need to address systemic racism within higher education,” the report stated. The second survey found that, on average, 80 percent of presidents believe it is either “very likely” or “likely” that student activism will occur on their campuses in the fall. The survey analysts recommended that budget cuts be balanced with the need to respond to the protest movement and to “identify, acknowledge, and confront inequities.”

Pasquerella said the education leaders are examining “how they can unveil hidden biases in their hiring and tenure processes . . . and looking at the barriers and structures they have in terms of financial aid policies, not only at the institutions but at the state and national level.”

The respondents identified short-term and long-term actions their institutions could take to address inequities, ranging from town hall meetings and focus groups to increasing diversity of faculty and senior leadership.

“Why do presidents not appear to be in panic mode?” the report asked when summarizing the major findings. “It could be because they are engaging in careful behind-the-scenes belt-tightening that will not be viewed as having a direct impact on students.”

But one of the surveys’ top analysts said the presidents may be underestimating the severity of the difficulties that lie ahead.

“Presidents are facing a tsunami this fall—from COVID-19, the recession, and racial unrest,” said Dr. Paul Friga, University of North Carolina at Chapel Hill strategy professor and co-founder of ABC Insights, in a news release. “It will be the most challenging year for higher education in our history.”

He added that the survey reveals actions universities must take to maintain quality education for students but significantly decrease administrative and academic spending.

”I do fear that many presidents are underestimating the magnitude of the change needed, but I am optimistic that we can come out of this in a better place,” he said.