Even as colleges and universities grapple with the COVID-19 pandemic and the return to a new school year, many are finding ways to celebrate the 100th anniversary of the ratification of the 19th Amendment that gave White women the right to vote. It would take at least another forty years or so until women of color would gain full access to the ballot box, but the significance of Senator Kamala Harris—who is of Black and South Asian descent—on the 2020 presidential ticket, is even more symbolic as Harris is poised to make history.

At Sweet Briar College, a women’s college in Virginia, school officials are hosting a webinar on Wednesday focused on the women’s vote with Elaine Jones, a prominent civil rights attorney and former director-counsel of the NAACP Legal Defense Fund. 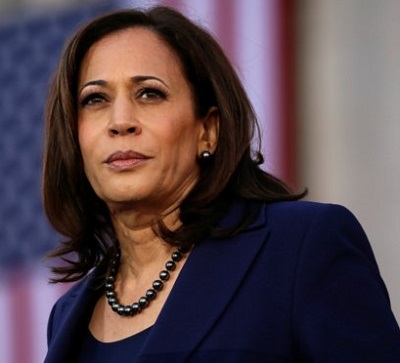 Other colleges and universities are participating have signed on to the 2020 Women’s Vote Centennial Initiative, a “central organizing and information-sharing entity for programs, projects, and activities that commemorate the 100th anniversary of the 19th Amendment, educate the public on the legal and social advances resulting from the amendment, and stimulate dialogue to address the ongoing fight for women’s rights.”

Patricia McGuire, president of Trinity Washington University, said that it should not come as a surprise that two of the four women who have made it onto presidential tickets are graduates of women’s colleges. Geraldine Ferraro attended Marymount Manhattan College and Hillary Clinton graduated from Wellesley College.

Trinity—the nation’s first Catholic liberal arts college for women—was founded in 1897 and counts Speaker of the House Nancy Pelosi and former U.S. Secretary of Health and Human Services Kathleen Sebelius as two of its most prominent alumnae.

“Like historically Black colleges and universities now celebrating the nomination of Kamala Harris as a graduate of Howard University, women’s colleges sustain our special mission to build leadership and confidence in our graduates because we know that our work is far from done in achieving equal opportunity in this nation,” said McGuire, who graduated from Trinity in 1974 and returned 15 years later to assume the presidency. She is currently one of the longest serving college presidents in the nation.

“The 19thAmendment did not end discrimination against women any more than the 13th, 14thand 15th Amendments achieved true justice for African Americans,” said McGuire. “If anything, the Centennial observance of women’s voting rights is also a moment to renew our commitment to the education and advancement of all those who have been disenfranchised and left on the margins of power in this nation, whether women or persons of color.  This moment should be a clarion call to keep hammering away at the glass and marble ceilings that continue to obstruct real leadership opportunities in American society.”

Meanwhile, President Trump announced that he was posthumously pardoning suffragist Susan B. Anthony. Anthony was arrested in 1872 for voting illegally and sentenced to pay a fine of $100 and court costs.

“She was never pardoned,” Trump said during a ceremony at the White House. “She got a pardon for a lot of other women. And she didn’t put her name on the list.”