Student activists have long been the beating hearts behind social movements, using whatever new technology is available to their advantage.

For young activists in the 1960s, television was the promising new medium through which they could prevent the world from turning a blind eye to violence against Black people. Or, as Rev. Martin Luther King Jr. poignantly stated in 1965: “We will no longer let them use their clubs on us in the dark corners. We’re going to make them do it in the glaring light of television.” 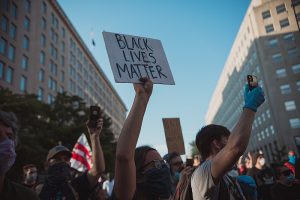 But now, iPhones and the internet offer new ways to spotlight injustice. With nearly everyone having their own publishing platforms in the palms of their hands, no longer are major news outlets the main filter of public dialogue. Social media provides a voice for anyone with an internet connection.

And, in that sense, social media has made possible movements that are horizontally and, some would argue, more democratically run.

“Not having a centralized leader is so empowering because it provides an entry point into a more intersectional and grassroots approach,” says Dr. Tiera Chantè Tanksley, an assistant professor of educational foundations, policy and practice at the University of Colorado Boulder.

Typically, past movements, such as the Civil Rights Movement, have had centralized male leaders and, in effect, “the labor of queer people, women, people with disabilities is erased from the mainstream narrative,” she says. “So having a movement be on social media provides a lot of possibility for what we can accomplish.”

One recent social media trend to encapsulate this egalitarian aspect of internet activism is the “BlackAt” movement on Instagram. Under different account names such as “Black at Cornell” or “Black at Amherst,” students from universities across the nation have been sharing anonymous stories of what it’s like to be a minority at a predominately White institution.

“The amount of people that have sniffed my hair, pulled my curls and even so much as to go up into my hair to touch my scalp UNINVITED is so disgusting,” submitted one student from the University of Connecticut. “It made me feel like a petting zoo animal and not worthy of respect.”

Other posts recount being called derogatory names, made to feel like they didn’t belong and discriminated against by professors.

“[Posting on Instagram] is their chance to get their stories out there, get it exposed to people beyond those who are in their schools or universities,” says Tanksley, who wrote her dissertation on student participation in online movements. In doing her research, Tanksley interviewed young Black women who were active on social media.

“They overwhelmingly felt it provided a platform for talking about issues that were otherwise overlooked offline,” she says. “They felt that when they tried to use traditional, offline means of making change — reporting incidents to the principal in high school or reporting incidents to the Title IX department or coordinators in college — that their issues were often overlooked.”

But social media campaigns, from recent ones such as #BlackAt or #BlackintheIvory or to ubiquitous mainstays such as #BlackLivesMatter and #MeToo, are not just about effecting political change. Tanksley says they’re often two-folded.

“On the one hand, they’re meant to actually disrupt oppressive systems and bring attention to these issues,” she said. “And on the other hand, they’re often used for healing. So students often don’t have a place on campus where they can talk about the pain of the racist experiences that they have. And there’s a kind of healing that comes in the form of “I’m not the only one experiencing this.”

Part of the magic of social media’s hashtag activism is that by adding # to a word or phrase, other internet users need only search that phrase to find hundreds and thousands of posts related to the cause.

Some are personal narratives, such as the stories shared under #BlackAt Instagram accounts. Some are educational, often revealing neglected histories or the way racism has been institutionalized into U.S. law. And some share functional advice, such as what to do if you are tear gassed by the police.

“There’s no censorship [so it] creates a way for people to gain knowledge,” said one University of Michigan student who is an administrator for the BlackAtMichigan account but asked to remain anonymous. “For example, people can learn about history on social media in a more truthful way than the whitewashed way we often learn about it in school.”

In that way, the University of Michigan student said, “Social media can bring a lot of good to social and political movements by creating a truly democratic platform. People can use these platforms to communicate, organize and publicize issues and so many people have the access to also engage with the content created.” 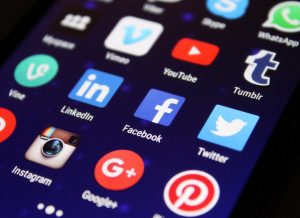 With more than 8 million tweets under the BlackLivesMatter hashtag on Twitter and nearly 18 billion views on videos posted under the BLM hashtag on TikTok, the ability to mobilize around a cause has become instantaneous. No longer do activists need to go door to door to mobilize, educate or call for change; they can share a link or hashtag, and, in seconds, it can reach hundreds of people.

For that reason, it’s no surprise that petitions have quickly flooded the internet, with many garnering hundreds of thousands of signatures for causes such as renaming campus buildings tied to racist figures or requiring all students to take a course on equity and inclusion. And many such demands have come to fruition in recent weeks.

But often, a petition doesn’t even need to be created. Sometimes, the mere virality of a photo or video is enough for someone to face real-life consequences, which has often been the case with videos exposing the “Karens” and “BBQ Beckys” of the world — terms coined to describe White women whose racism and sense of entitlement have put Black people in danger.

Exposing racists — whether they be alive or even dead — and subsequently tarnishing their reputations has come to be known as “cancel culture.” But while such videos and posts have their benefits, they can also have unintended consequences.

As Dr. Jared A. Ball, professor of communication studies at Morgan State University, said: “Cancel culture has had an impact in a positive way in that people are being called  on and held accountable for what they’ve done. But, at the same time, that there are studies that continue to show, empirically, that the more Black people engage in social media, the more negative their psychic and physical health becomes.”

“[The students I spoke with] said that while seeing these individuals experience repercussions like social dragging online is cathartic, in some ways, it’s also triggering because they too have had experiences where the police have been called on them.”

And much worse than the “Karen” videos, she says, is the continual and horrific onslaught of violent videos replaying the deaths of Black people.

“Students are experiencing a great deal of psychic trauma from seeing endless death videos and the racist comments on these videos that say, ‘This person deserved to die this way,’” she said. “A lot of my participants used the phrase PTSD to describe what they were experiencing.”

By spending time on social media, she said her participants began reporting feelings of anxiety, depression, insomnia, numbness and nausea — all made worse by the fact that internet algorithms continually boost the popularity of Black death and violence, turning it into a spectacle.

For that reason, Ball is hesitant to applaud the virtues of social media. Not only is he worried about the way it affects student mental health, but he’s worried about how social media is inversely being weaponized against student activists.

“For all the good that oppressed groups and activists can do with social media, it needs to be noted that rightwing conservative and state intelligence agencies are also doing the same thing,” he said.

Inversely, the internet has allowed White supremacist groups to spread like weeds, making it easier for hate-filled sites such as 4chan and Stormfront to indoctrinate other youth with hateful ideologies.

But it’s not only fringe groups that are weaponizing the internet; governments are too, says Tanksley.

“In the same way that surveillance technology was used in the Civil Rights Movement to oppress, coerce and contain our activists and our community leaders, the same thing is happening now with the same technology, it’s just updated,” Tanksley noted.

For instance, the visibility of internet activism has made it so that activists are easy to track and survey. In June alone, several publications published articles on how to protect one’s digital privacy while at a protest.

For that reason, Ball said “offline movement building should be encouraged to meet without publication of what’s discussed,” not only for the sake of privacy but for the sake of setting clear objectives for a movement that, without centralized leadership, is easy to co-opt and infiltrate.

“Petitions aren’t a power mechanism that will drive what real structural change requires,” he says. “I don’t want any more symbolic overtures. More must be done to clarify the politics and platform of [Black Lives Matter] so that it couldn’t be so easily co-opted, taken over and redefined in so many different ways. Primarily, right now, I think the popularity of the phrase is buttressed by the fact that there is no material ask involved.”

Indeed, there is little “material ask” when it comes to posting online. Typing #BlackLivesMatter on Twitter or Facebook costs nothing but an internet connection and a few seconds of time, making it easy for people and corporations to wear masks of “performative allyship” without contributing anything significant to the cause. It’s the main critique of those who refer to internet activism as “slacktivism” — a portmanteau of “slacker” and “activism.”

Still, for Tanksley, the word “slacktivism” is dismissive on online activists.

“More often than not, for these kids and other people, engaging in social media is labor. It’s mental and emotional labor to talk about racism all the time. So, there’s nothing slack about that,” Tanksley said.

Dr. Rona Frederick, associate professor of education at The Catholic University of America and founder of Moja Educational Consulting, echoes such sentiments.

“Everyone has a role to play … ,” said Frederick. “In multiple arenas and circumstances, I have seen instances where ‘sideliners’ increasingly become more and more engaged, and eventually join the game. It is never too late. I commend anyone who takes time to post, film acts of hate, and repost because it adds to the energy of the movement.”

At Mizzou, and Across the Country, It’s All About the Bottom Line

How Should College Leaders Respond to Campus Protests?