Most Americans do not believe it is safe for K-12 students to return to in-person classes this fall, found an ongoing national survey conducted by The COVID-19 Consortium for Understanding the Public’s Policy Preferences Across States. The consortium is comprised of researchers from four universities: Northwestern, Harvard, Northeastern and Rutgers. 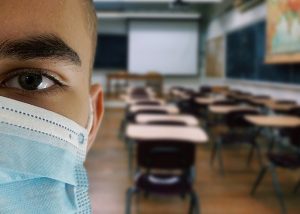 “Clearly, Americans are concerned. That those with lower incomes exhibit less confidence may track resource differences between schools that are needed to return safely,” said Dr. James Druckman, the Payson S. Wild Professor of political science in the Weinberg College of Arts and Sciences at Northwestern and associate director of the University’s Institute for Policy Research.

Creating Antiracist Spaces Where Black Students Can Breathe and Thrive