Wisconsin Incarcerates the Most Black Men in the Country. Scholars Say Kenosha Protests Were A Long Time Coming - Higher Education

Wisconsin Incarcerates the Most Black Men in the Country. Scholars Say Kenosha Protests Were A Long Time Coming

Kenosha, Wisconsin, a city of 100,000 people, is now in the news as yet another site where police shot a Black man. A viral video showed an officer firing seven shots into the back of 29-year-old Jacob Blake on Aug. 23, which left him paralyzed from the waist down, according to his lawyer Benjamin Crump. Three of his children reportedly saw what happened from his car.

In the aftermath, the city erupted in protests against police brutality, where teenager Kyle Rittenhouse, formerly in a youth cadet police program, was accused of fatally shooting two demonstrators and seriously injuring another. Tensions  may escalate if President Trump makes good on his promise to visit the city this week. 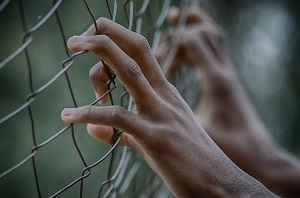 This is “one episode” in a “long history” of racial inequities, if you know Wisconsin’s past, said Dr. Katherine Hilson. She’s an assistant professor of sociology and criminal justice at Carthage College in Kenosha and grew up in the Sherman Park neighborhood of Milwaukee.

During the Great Migration and after World War II, Black people moved en masse to Midwestern cities in search of jobs and an escape from Jim Crow laws. Now, Black residents make up only 6% of Wisconsin’s population, but 90% are concentrated in six counties, including Kenosha, and they face a poverty rate three to four times higher than their White neighbors.

“People are segregated, they’re congregated in particular neighborhoods that are often poor and underserviced,” Hilson said. Black neighborhoods are “subject to proactive and intrusive policing. A lot of times police are already in the area without being called. If you group a bunch of people in one area, and then you heavily police those areas, you’re going to have outcomes like we see.”

A 2013 study from the University of Wisconsin-Milwaukee found that the state incarcerated the most Black men in the United States, which in turn has the highest incarceration rate of any country, pointed out Dr. Jerlando F. L. Jackson. He’s the department chair of educational leadership and policy analysis at the University of Wisconsin-Madison, as well as the director and chief research scientist at Wisconsin’s Equity & Inclusion Laboratory. 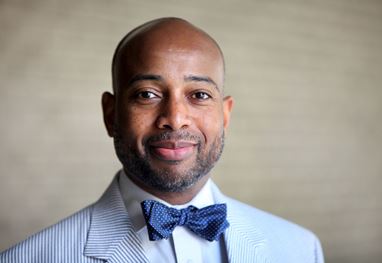 Jackson also co-founded the International Colloquium on Black Males in Education, an event he holds in a different location each year to highlight different disparities. In 2019, he told participants he was taking them to a city with one of the worst educational disparities for Black men in the country, not to mention the worst incarceration rate. They were shocked when he revealed it was Milwaukee.

He feels the Midwest is often overlooked in national conversations about racism.

Wisconsin isn’t a “sexy place to discuss,” so it avoids the public eye, Jackson said, “but we should not be left off any policy discourse when it comes to policing, and particularly policing Black males.”

He described the state as a “laboratory for understanding what’s wrong with policing” and a “laboratory for recognizing that you can live among it and not even know it exists.” But “you don’t get to be the worst at something by accident.”

For Hilson, researching Wisconsin’s criminal justice system, and why people are driven to protest, is “surreal” – and personal.

“I was born and raised in Milwaukee,” she said. “To meet people going to jail was kind of normal. I quickly learned when I started college that this was not normal.” Wisconsin’s Black residents are protesting out of “vicarious experience or vicarious trauma. Even if we don’t know the names nationally, a lot of us have stories, and we know of someone [who has] been affected by police harassment, brutality or fatality. There’s a sense of linked fate, where this might be this person at this time, but it could be me or someone I know in the future. So, we can easily see ourselves interchanged in that event.”

As protests continue in Kenosha, Jackson views them as more than a continuation of the national anti-racism protests ignited by the killing of George Floyd, a Black man who died in police custody in Minnesota. It’s a cry to be seen after years of neglect.

This is the result of “many, many decades of pent-up frustration – to be in a place where perhaps you’re living under conditions that you know are among the worse in our country, and no one is really talking about it…” he said. These protesters are people who are “continuing being ignored, continuing being overlooked but also carrying on the same energy – and might I add, positive energy – to bring this greater awareness [that] racial discrimination and inequity needs to stop in our country. [Blake is] yet another example that didn’t have to happen.”

The RNC’s Diversity of Thought or Just Misleading?