In the wake of COVID-19, community colleges and for-profit institutions as well as Black and male students were the highest impacted by continued online learning during the 2020 summer enrollment.

That’s the findings of The National Student Clearinghouse Research Center who recently launched a new research series to analyze the effects of COVID-19 on higher education enrollment rates.

“Given the level of uncertainty and I would say fears about enrollments for the fall, we felt that we needed to do everything that we could to make available any information we had that could provide hints or guidance,” said Dr. Doug Shapiro, vice president of research at  the Clearinghouse Research Center. “Even if it’s incomplete, we wanted to inform institutions about how they can best respond to the pandemic and figure out which students are most in need and how to help them.” 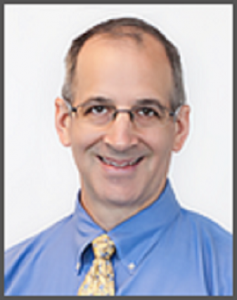 From May to July 2020, around seven million students were enrolled at 2,300 colleges across the country. However, community colleges faced an almost 6% enrollment decrease while for-profits had a 7% decrease since summer 2019. Enrollment also declined by more than 8% at public rural four-year schools and by 5% at private nonprofit rural institutions, according to the report.

“Certainly, in past recessions, we always see that community colleges along with online and for-profit institutions have gained in enrollment,” said Shapiro. “Now typically that wouldn’t have happened for several more months but we certainly wouldn’t have expected a decline like we are seeing here.”

The decline in enrollment seen at community colleges and rural colleges could stem from the challenges of all online instruction including a lack of reliable internet access and up-to-date technology, he predicted.

However, not all types of institutions saw a decline.

Students take summer courses for different reasons. For example, the increase in enrollment at four-year institutions could be caused by those students who typically look for summer jobs in the travel or hospitality industries, according to Shapiro.

“Those students might have simply said, ‘I’m not going to find that job at the summer camp or restaurant this time, so I might as well take a course,’” he added. “Certainly for students who are less economically disadvantaged, that would be a good option for them.” 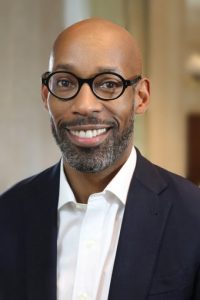 In terms of demographics, Black students held an 8% decline rate within undergraduate programs and an 11% decrease in enrollment at community colleges. However, a 3% increase was seen among Black graduate students, the report said.

On the other hand, Hispanic graduates had the fastest growth among all racial and ethnic groups with a 13% increase in attendance at graduate school. Additionally, Hispanic students undergraduate enrollment increased at all institutions apart from community colleges, according to the data.

Enrollment dropped by 5.2% for male undergraduates and by 14% at community colleges. This compares to less than a one percent decline for women, the report found.

“In some ways, this may be giving us an indication of what students actually think about the premium and the value of their credentials,” said Michael Collins, chair of the board of the Clearinghouse’s Research Center. “I think that’s a huge story line that’s actually counter to the conversation we are currently having in higher education right now.”

To help students during this time, Collins recommended that institutions offer support around consumer information and different types of credentials and earnings.

Lastly, among institutions with more than 90% of its student population enrolled fully online, undergraduate enrollment decreased by 4% while graduate increased by almost 6%, according to the report.

In terms of fall enrollment, there are implications around affordability and funding support. Additionally, Collins predicts that people will earn more short-term certificates.

“This is important data for the field to grapple with,” said Collins. “I think one of the most important things for me is to get clearer on what these student populations perceive to be valuable.”

He said the question is, “can policymakers accelerate an ideation and support for what lifelong learning infrastructure looks like?”

“So the next pandemic, our higher education systems are prepared to get people the skills and credentials that they need in a seamless way,” Collins added, “as opposed to what happened this time where we are all struggling to get online.”

An Inside Look at a Law’s Renewal