Report: College Students Care About Interfaith Dialogue, But Most Don’t Engage In It - Higher Education

Report: College Students Care About Interfaith Dialogue, But Most Don’t Engage In It

Dr. Matthew Mayhew, a professor of educational administration at The Ohio State University, attended College of the Holy Cross, a Jesuit school, then transferred to Wheaton College, an Evangelical university. He got his master’s at Brandeis University, known for its vibrant Jewish community, and did his doctoral work at University of Michigan, a large, religiously diverse public institution.

For him, interfaith dialogue felt like a critical part of his higher education journey. 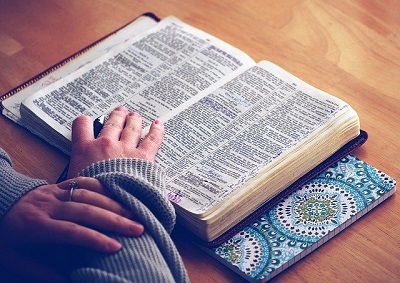 But according to a study he recently co-authored – the Interfaith Diversity Experiences & Attitudes Longitudinal Survey, or IDEALS – college students are enthusiastic about religious pluralism and interfaith dialogue, but most aren’t engaging in it.

The survey, conducted in partnership with Interfaith Youth Core, ultimately tracked 3,486 students from 116 institutions between 2015 and 2019, collecting data on their experiences with people holding different worldviews and their level of interest in creating interfaith connections. Students were surveyed three times over the course of their college careers.

The study found that 70% of fourth-year students reported a high commitment to bridging religious divides, with lesser percentages among certain groups, like politically conservative, atheist or Evangelical students. However, only 14% participated in interfaith dialogue on campus, and less than half of students said they dedicated time to learning about other religions in college.

The distance between how much students wanted to engage with different belief systems and how little they actually did surprised co-author Dr. Alyssa Rockenbach, a professor of higher education at North Carolina State University.

“There’s this gap that I think is important for us as educators to really think about,” Rockenbach said. “How can we help students bring their values and their behaviors into greater alignment?”

Granted, students from minority religions showed higher levels of interfaith involvement, while students who identified as secular engaged less. But that dynamic can be “problematic,” Rockenbach said. “If you have religiously minoritized students only engaged in interfaith work, that puts a lot of the burden on their shoulders to bring people together across these differences. And there’s an inequity in that.”

Plus, students from minority religions also report campus climate issues. While religious students largely felt like they had spaces for religious expression on campus, less than a third of Jewish students felt their campuses were receptive to religious diversity. About 58% of Muslim students said their campuses were at least somewhat accepting, but a fifth of Muslims also felt pressure to put limits on expressing their beliefs.

Ideally, campuses should offer opportunities “where people of all perspectives can come together and try to dialogue about their differences, about what they share in common, about how they can work together to make the world a better place,” Rockenbach said, including students who identify as secular.

But the data suggests students feel ill-equipped to do that. Only 32% of them felt like they learned skills for how to better engage with diverse belief systems in college. About three-quarters of fourth-year students scored a C grade or below on a religious literacy quiz. While 93% of students had at least one interfaith friendship by their last year, 59% of college students had never had a disagreement about religious differences, which signaled to the authors that they might not be talking about faith deeply.

In interviews with students, Mayhew also found that discussions about religion between peers was difficult, more so than dialogue about other kinds of diversity, because talking about religion “cues choice for students.” In these conversations, students risk proselytizing or being proselytized to – and that can be “really sticky.”

Still, friendships help, Mayhew noted, because they create a more comfortable context for those hard conversations and give students a greater appreciation of other worldviews. He worries about how to encourage that in a pandemic where so many students are taking classes online.

“Given COVID, how do we design environments that help students become friends?” he said. “Are we in the business of friendship engineering? Should we be? Is it possible for first-year students to develop authentic friendships via a series of Zoom classes? Those are questions that haunt me … Peer effect is important for all types of learning.”

The report ultimately recommends instituting policies that promote religious inclusion, like accommodations for religious holidays and dietary restrictions. It also calls for at least one mandatory class in the curriculum that explicitly teaches students about diverse religious identities.

Leaders of public higher education institutions have “some hesitancy” about fostering dialogue about religion because of concerns about the separation of church of state, Rockenbach said, but “our beliefs and values about a whole host of social issues – many of the things that we see happening in terms of the culture wars in our society – come from our worldview. So, if we aren’t able to understand one another’s worldviews, it’s going to make it hard to have those kinds of conversations about the critical issues that we see facing our society right now.”