Coach John Thompson, Jr. died on August 30, 2020, at the age of 78.  He redefined college basketball and challenged stereotypes of Black masculinity and mental aptitude.  ESPN host Michael Wilbon called him a mentor and a master teacher.

Thompson’s journey began on September 2, 1941, in the segregated housing projects of Washington, DC’s Anacostia neighborhood.  Thompson found solace and his identity on the basketball court in junior high and the local Police Boys Club. He went on to play center for Archbishop John Carroll Catholic High School, leading them to three city championships between 1958 and 1960.  His athletic prowess earned him a scholarship to play for Providence College.

After graduating, Thompson was drafted into the NBA by the Boston Celtics where he served as the backup center for Bill Russell, the Celtics’ future hall-of-fame center.  Russell not only pushed him to be a better ballplayer but taught him to use his platform to speak out on civil rights and social issues.  After a two-year stint in the NBA, Thompson was hired to coach the boys’ basketball team at St. Anthony’s Catholic High School in Northeast Washington, DC.  Thompson’s success at St. Anthony’s caught the attention of Georgetown University’s president Father Robert J. Henle, who hired him on March 13, 1972, six years after Georgetown integrated its athletic programs. 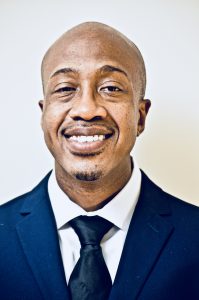 Thomas Battle, a Washingtonian and retired director of the Moorland Spingarn Research Center at Howard University, recalling the significance of Thompson’s hiring and the new Black players he brought to campus, said:

“In the 1950s-1960s, Georgetown University didn’t have any cache recruiting Black players. I say this because DC was known for major basketball rivalries between the public and Catholic high schools during those days…. Then lo and behold, Georgetown sees the opportunity to look progressive by hiring this local Black coach, who had grown up in the city and could attract local Black prep talent.”

Coach Thompson achieved early success by recruiting DC and Baltimore public school stars: John “Ba Ba” Duren, Craig “Big Sky” Shelton, Michael Graham, and Reggie Williams. Some Georgetown students and alumni questioned the academic qualifications of their new recruits.  Thompson, who held a bachelor’s degree in economics, a master’s in guidance and counseling, four honorary degrees, and a son who graduated from Princeton University prioritized academics. He hired Mary Felon, a former nun who taught at St. Anthony’s, to be his academic coordinator.  She would help the players select their courses as freshmen.  She would also call them as late as midnight to quiz them on what they learned in class.  Consequently, his players’ graduation rate was 97 percent throughout his tenure.  Former Hoyas Mark Tillmon and Gene Smith said he held “mental practices” to test their knowledge of current events in the Wall Street Journal. Players interned on Capitol Hill.  Dr. Maurice Jackson, a Black professor of History and African American Studies at Georgetown, reflects:

“You could be proud of these young men because they wore shirts and ties to games and attended class.  This meant everything to older Blacks seeing these boys not only dominate on the court, but also graduate.”

When the Hoyas won the national championship, Coach Thompson refused to allow the media to exaggerate the magnitude of him becoming the first Black coach to win a national title.  “Big John” did not want his national championship to belittle the accomplishments and intellectual acuity of his coaching heroes John McLendon and Clarence “Big House” Gaines, Sr.  These HBCU coaches were determined to see Black student-athletes achieve academically.  Thompson not only embraced their authoritative leadership style, but he also used basketball to protest racial inequality.  In 1989 Thompson sat out a game against Boston College to boycott the NCAA’s Proposition 48.  Under this ruling student-athletes who failed to achieve a 700 SAT score and 2.0 high school grade point average (GPA) were ineligible for scholarships starting in 1990.  He challenged the ruling on the basis that it was biased against poor Blacks coming from low-performing schools unable to meet those qualifications.  Former Georgetown assistant coach Mike Riley said, “Coach understood the educational part of the proposition, but he also realized that Black kids are disproportionately stigmatized by being placed in special education.”  When Thompson was a child, the nuns at Our Lady of Perpetual Help Elementary School labeled him “retarded” because he struggled to read and write.  His mother transferred him to one of the city’s segregated public schools.

Coach Thompson revolutionized the business of college athletics and indirectly sparked the financial empowerment of Black athletes. When he arrived at Georgetown, they were paying Converse to provide student-athletes with sneakers.  Sonny Vaccaro, a marketing executive for Nike, had the idea to promote the brand by paying college coaches and giving their teams free merchandise.  In the mid-1980s, Nike began paying Thompson $200,000 annually to have his players adorn their apparel.  Georgetown was the first college sports program to have its own Nike signature sneaker.  Soon after, all the coaches in the Big East were wearing Nike. Vaccaro’s success with Georgetown and college basketball led to Nike signing Michael Jordan in 1984 and future Black athletes like Kobe Bryant to lucrative shoe deals upon entering the NBA.  Thompson became the first African American to serve on Nike’s board of directors.

In the 1989 NCAA tournament his Hoyas squeaked by Princeton University 50-49.  Neither team held more than a two-point lead for the game’s final ten minutes.  Sports journalist Sean Gregory credits this game with launching March Madness.  The excitement at the Georgetown-Princeton game inspired CBS to sign a $1 billion seven-year deal to broadcast the entire tournament for three weeks.  Later that year Thompson made national headlines for standing up to Rayful Edmond, III, a notorious drug dealer soliciting his players John Turner and Alonzo Mourning.

The representation of Thompson’s Georgetown in films Above the Rim, Boyz N the Hood, He Got Game, and Hoop Dreams, about inner-city Black life, manifested his influence on Black America beyond the Northeast. While most Blacks nationwide adored the Hoyas, many White basketball fans and media crews reviled them. They were subjected to racist taunts from opposing white fans.  University of Southern California professor Dr. Todd Boyd says Thompson was comfortable wearing the Black hat and promoting unapologetically Black teams on the basketball court.  Georgetown was frequently mistaken for an HBCU.  Nevertheless, Jeff Bullis, a 6’7” blond-haired small forward, who was one of his earliest white recruits, refuted claims that his coach practiced reverse racism.

On January 8, 1999, Thompson abruptly retired in the middle of the season, citing a need to focus on personal issues.  As fate would have it, he found a second career in the media.  He covered college hoops and the NBA for CBS and TNT.  The John Thompson Show (1999-2012) aired daily on Washington, DC’s ESPN 980 AM from 3:00-5:00 pm.  Chuck Sapienza, the producer of The John Thompson Show, said, “[Thompson] was brilliant on the mic whether discussing sports or Mark Twain’s use of the N-Word.”

Dr. Joshua Wright is an associate professor of history at Trinity Washington University.