New research by the National Association of Colleges and Employers (NACE) found widening disparities among students who work at unpaid versus paid internships based on their race, gender and parents’ education.

The report, “NACE’s 2019 Student Survey Report,” looked at the differences between paid interns, unpaid interns and those who have never participated in any internships. Responses from 3,952 graduating seniors were analyzed from Feb. 13, 2019 through May 1, 2019. 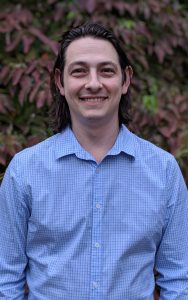 Gender gaps were also highlighted in the research. Women accounted for 74% of the sample and made up 68% of paid internships and 81% of unpaid internships, according to the report.

Additionally, parent’s education also played a role in the types of internships students received. For first-generation college students, who made up 22% of the sample population, 19% held paid internships while more than 25% never participated in an internship. Additionally, students with at least one parent with a bachelor’s degree were more likely to have a paid internship, the research said.

Kahn emphasized that the results also go beyond student demographics or GPA. Students’ majors or field of study can also contribute to the number of internship opportunities. Certain majors, such as business and engineering, are more likely to lead to paid internships while those in the liberal arts field more often receive unpaid opportunities.

“The demographics that make up those majors would then carry over into who gets the paid and unpaid internships,” he added.

For example, women are more represented in the teaching profession, especially among elementary education. Within this research, women were underrepresented in paid internships, according to Kahn.

There was also a difference among those students who used their school’s career services. Those who used resources and visited career centers earlier and more often during the job application process were more likely to receive paid offers.

The research also looked at what students value in their workplace. The top three areas of satisfaction for interns included having friendly and helpful co-workers, receiving mentorship opportunities and doing meaningful duties. On the other hand, wanting a career in the same industry and being paid fairly, ranked lower on the scale, according to the research.

In other words, interns value company culture over their compensation.

Students who plan to have a career in the same industry as their internship were also more likely to accept an offer from the same employer, NACE’s research found.

To address the existing disparities, Kahn recommended that career centers reach out to more marginalized groups of students and provide them with the necessary resources and advice to receive paid internships.

Additionally, the report suggested that university career centers should use the data to determine what types of services and resources are most effective for students. Some helpful resources indicated by the results include career fair programming.

To increase and diversify the talent pipeline, companies should also look at their recruitment strategies, according to Kahn.

In a different NACE poll, 137 large companies’ recruitment strategies were looked at. Of those respondents, 51% planned to recruit from more historically Black colleges and universities while 34% also planned to recruit at more Hispanic serving institutions, according to Kahn.

“It seems like employers are going to start diversifying their recruitment efforts which will hopefully lead to a more diverse workforce,” he added.