Martin Methodist College May Merge With University of Tennessee System 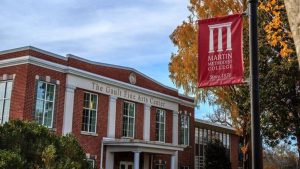 “Martin Methodist is in good shape, but the pandemic has accelerated conversations about the future across the higher-education system,” said Martin Methodist President Dr. Mark La Branche. “The trustees and I had been talking about sustainability for a long time. When presented with the opportunity to expand the breadth and quality of our mission, the trustees were eager to explore.”

A potential agreement between the two institutions would require approval by the boards of trustees at both schools, the Tennessee state legislature, and the Southern Association of Colleges and Schools Commission on Colleges.