“You are so articulate.”

“You should smile more.”

“Your English is good.”

“What country were you really born in?”

These are some of examples of microaggressions highlighted in the Air Education and Training Command’s new video.

To establish a more inclusive environment within the United States Air Force, the “Seek to Understand” video series was launched. The first topic of discussion was microaggressions.

“The Air Force embraces diversity as a warfighting imperative,” said Chief Master Sgt. Jill Victor, the Air Education and Training Command First Sergeant. “In order to become the most capable force, we must have Airmen with diverse backgrounds, experiences and thoughts who can see challenges from different perspectives.”

“Microaggressions are often times subtle but they still cause the same amount of damage to a person’s self-identity and feelings of belonging to an organization, especially for underrepresented Airmen,” she added. 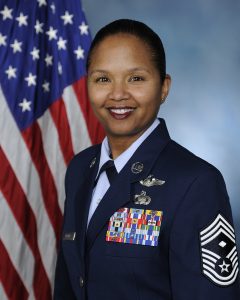 Throughout the three-minute video, Morgan detailed her experiences with microaggressions as a person of color in the Air Force.

To further explain the impact of microaggressions, mosquito bites were used as examples. For example, those who receive dozens of bites multiple times a day feel “exacerbated”. While those only experiencing a bite once a day, look at their reactions as “irrational anger,” according to Morgan.

“The person who is being consistently bitten then begins to wear more clothing and doesn’t go outside in fear of being bitten,” she said in the video. “This is what it’s like for underrepresented people. We begin to hide ourselves in fear of being belittled for who we are.”

Though there is not a set number of videos planned for the series, each one will feature a different member of the Air Force.

“As many senior leaders have opened the door to grappling with difficult conversations on previously taboo subjects such as racial inequity, the video series seeks to further the conversation by inviting service members to embrace their role in seeking real solutions,” said Victor. “It asks the audience member to consider what this may look like within their own day-to-day lives. A key step in reaching this is to recognize the disconnect experienced by many of our minority Airmen and ask ourselves where we need to continue to work and grow. Ultimately, the goal is mission readiness and unity.”

The overall response to the video series has been positive.

“There has also been some negative feedback as well,” said Victor. “And that is ok. The series is called ‘Seek to Understand’ for a reason. One has to be open and willing to view others’ perspectives. Some are not always willing to do so. But as an organization, we have to be vigilant, and embrace our role.”

This video series is one of many actions taken by the Air Education and Training Command to discuss and analyze racial inequities within the Air Force.

“As the First Command responsible for recruiting and training all Airmen for the U.S. Air Force, we have a critical role in ensuring that we get this right,” said Victor.

The review will analyze Black racial disparities within the uniformed military discipline processes and leadership development system. All members are encouraged to share their experiences in the Air Force as well as offer potential solutions to these issues. Once completed, the report will become publicly available, according to the Air Force.

“While the results of that survey are not yet out, it’s safe to say that as a diverse organization we face many of the same challenges that American society as a whole does,” said Victor. “We are committed to ensuring that we get this right, it’s what we owe our service members and the American people.”

How I Respond to Culturally Offensive Remarks