Juneteenth is typically celebrated on June 19 but the state legislation will declare the third Friday in June “Juneteenth Day,” according to Murphy’s office. 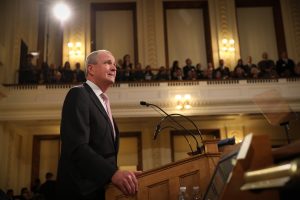 June 19 marks the day formerly enslaved African Americans in Texas of their emancipation in 1865, more than two years after the passage of the Emancipation Proclamation.

In the wake of the killing of unarmed Black men and women by police, including George Floyd, multiple companies and governments have declared Juneteenth a holiday.

“Commemorating this date is just one component of our collective approach to end a generational cycle of pain and injustice that has gone on for far too long. Every Juneteenth, we will celebrate the end of the physical chains which once held Black Americans down,” Murphy said in a statement.

Monmouth U to Investigate Homophobic Incident at Home Basketball Game