The public lynching of George Floyd at the hands of Minneapolis police officers, broadcast for 8 minutes and 46 seconds in a constant loop over television and social media, was a turning point in what has become a cultural spectacle of Black death. Floyd’s killing took place amidst the backdrop of a nation reeling from the worst global pandemic in over a century, and just as reports began emerging about the disparately negative impact of COVID-19 on Black communities that showcased persistent structural inequities in healthcare, income, wealth, education, access to government resources and incarceration, organized rallies broke out demonstrating against state mandated stay-at-home orders. The stark contrast between the treatment received by protestors demanding an end to the shutdown in Michigan, who stormed the capitol building carrying assault weapons and tactical gear, nooses, swastikas and Confederate flags, and those in D.C.’s Lafayette Square, who were tear gassed while peacefully calling for an end to anti-Black racism and White supremacy, further highlights the urgency of this moment of racial reckoning in America. 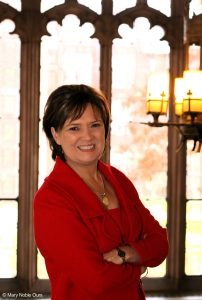 As Black Lives Matter protests burgeoned throughout the nation, institutions of higher education came under heightened scrutiny over the lack of diversity among faculty and administrators, insufficient funding for Black and other ethnic studies programs, the lack of student input on campus police budgets, the absence of databases chronicling racial bias incidents by officers, and racist iconography on campuses — from Confederate statues to the names of buildings, centers and the institutions themselves. With increasing frequency, campus leaders were called upon by activists to recognize and redress the ways in which higher education is complicit in the perpetuation of structural racism.

In the immediate aftermath of the violent deaths of George Floyd, Ahmaud Arbury and Breonna Taylor under the guise of criminal justice enforcement, a flurry of statements condemning racism and police brutality appeared in press releases and on college and university websites. Presidents and chancellors took pains to assure students, faculty and staff of their commitment to diversity and inclusion and to the safety and well-being of all members of their communities. Yet, as Harvard Law School Professor Randall Kennedy notes in an Aug. 12, 2020 opinion piece titled, “How Racist Are Universities Really?” in the Chronicle of Higher Education, “being an anti-racist is no inoculation against error.”

As fast as these letters to the community arose, critiques appeared by those who perceived the missives as mere performative acts, amounting to nothing more than platitudes. In a June 8, 2020 opinion piece in the Chronicle of Higher Education, Carnegie Mellon professors Jason England and Richard Purcell write that “statements in response to the killing of George Floyd reflect an unholy alchemy of risk management, legal liability, and trustee anxiety” as opposed to strategies and tactics for institutional transformation grounded in an acknowledgement of anti-Black racism and White supremacy.

Seeking to play a leadership role in catalyzing this transformation, the Association of American Colleges and Universities collaborated with ABC Insights to conduct a survey of college and university presidents to explore how they are responding to calls for racial justice and to address anti-Black racism within their institutions and on their campuses. Administered between June 25 and July 12, 2020 to members of the Association of American Colleges & Universities’ Presidents’ Trust — a diverse network of college and university leaders who are committed to advancing the vision, values and practices that connect liberal education with the needs of an increasingly diverse student body, a global workforce and thriving communities — the survey garnered a 44.7% response rate. A majority of the 119 respondents (55%) were presidents of four-year, private colleges or universities with fewer than 5,000 students. Presidents of medium-to-large public universities were the next largest group of respondents (38%). Community college presidents of medium-to-large institutions were the smallest group of respondents, comprising 19% of the total sample.

Eighty percent of presidents surveyed believe it is either “likely” or “very likely” that student activism related to issues of racial justice will occur on campuses this fall and are engaged in both short-term and long-term planning to address issues of systemic racism. Whereas short-term planning is focused on initiating dialogue and communication across stakeholders, long-term tactics include strategic hiring and curriculum reform, as well as the broad interrogation of institutional practices and policies to identify and counter inequities. These leaders understand that campuses must be willing to engage in truth-telling conversations about the existence and persistence of inequities, that equity goals need to be embedded within the strategic priorities of all institutions, that racialized practices marginalizing students of color must be confronted directly and that preparation to address structural and systemic racism must be a core component of a liberal education.

Taking direct aim at educational disparities and patterns of systemic disadvantage, especially those resulting from historical and contemporary effects of racism, and making equity a pervading focus of educational reform and innovation requires moving beyond the goals of access and compositional diversity to design and deliver experiences that support the success of all students. AAC&U is championing this work through a variety of initiatives and by partnering with higher education institutions across the country to establish centers for truth, racial healing and transformation.

The objective is to break down racial hierarchies and dismantle the belief in the hierarchy of human value. We invite you to join us, mindful of the words of hope and optimism written by James Baldwin to his 14-year old nephew in the stirring collection of essays titled, The Fire Next Time. During a parallel period of national turmoil, Baldwin insists, “Everything now, we must assume, is in our hands; we have no right to assume otherwise. If we — and now I mean the relatively conscious whites and the relatively conscious blacks, who must, like lovers, insist on, or create, the consciousness of the others — do not falter in our duty now, we may be able, handful that we are, to end the racial nightmare, and achieve our country, and change the history of the world.”

Dr. Lynn Pasquerella is the president of the Association of American Colleges and Universities.