Democratic vice presidential nominee Sen. Kamala Harris promised Thursday that if she and Joe Biden are elected in November, they would make college free for low-income students, Black Enterprise reported. 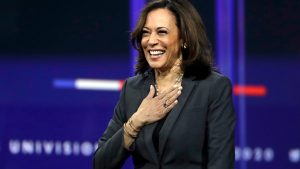 Harris made the promise during a discussion at Florida Memorial University, saying students whose family makes less than $125,000 a year will get free tuition. She also  pledged student-loan debt forgiveness for some HBCU graduates.

“In relation to the history of HBCUs, [students] decide to take on a profession of service, which often does not pay as well as if they go into the private sector and do other things,” Harris said, according to MarketWatch. “So for those students who come out and have jobs that pay less than $125,000, student-loan debt will also be forgiven.”

“We want to support our young people for whatever they pursue by way of education after high school,” Harris said. “For some that will be a college and university, for some, it will be a two-year program, or an apprenticeship, or something of that nature, and we want to make sure that we support them in that quest.”