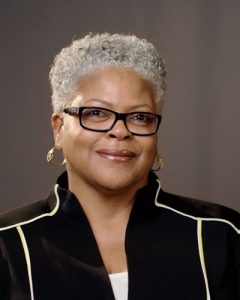 Lincoln University of Pennsylvania is one of the U.S.’s oldest historically Black colleges and universities.

A Chester County judge ordered Allen’s reinstatement after she accused the board of breaching the term of her contract.

Board Chairlady Theresa R. Braswell introduced a motion Saturday during a board meeting to move forward with Allen as president.

“What doesn’t kill you makes you stronger,” Allen said. “It makes us stronger going forward. I know that I’ve grown. And I’ve had a chance to talk to board chair Braswell; she’s grown.”

Braswell agreed, saying that this event strengthened the relationship between the board and the president but emphasized that effective communication was needed.

The 23-member board “also voted unanimously to approve the terms of a settlement agreement for Allen, regarding litigation pending in Chester County.” The terms of the agreement were not disclosed at the meeting, but Allen’s lawyer Riley Ross told The Tribune that the settlement seeks to have Allen stop the ongoing litigation.

Morehouse No-confidence Vote Aimed at Checking the Board