A committee of 18 people is leading the search for Temple University’s new president. But a group of faculty, elected officials and residents worry that the committee, mostly comprised of White men, won’t make a culturally competent choice, reports WHYY. 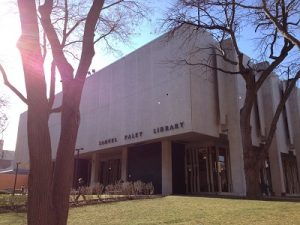 As it stands, the search committee to replace Dr. Richard Englert, who announced plans to retire next year, includes two Black men, one Latino man, two White women and 11 White men, who are all members of the Board of Trustees.

The absence of a Black woman or neighborhood resident on the committee drew fierce backlash from the group.

“Representation matters,” said Steve Newman with the Temple Association of University Professionals. “If the room where it happens lacks diversity, then the decisions that get made there will not be informed by the invaluable experience of these groups and the hard-earned wisdom that comes with them.”

You Are Worthy of Your Dreams