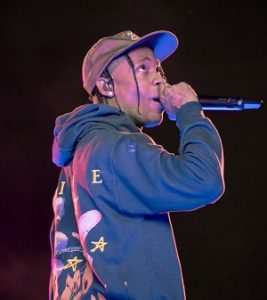 Scott said he plans to cover tuition for the students’ first semesters. His announcement on Twitter said, “Why not?”

Thus far, the rapper announced two of the five selectees on the social media platform. One student is studying at Morehouse College in Atlanta, and the other student goes to Howard University in Washington, D.C.