A former Millersville University dean, Dr. Charity Welch, is pursuing a civil rights lawsuit against the school — one year after the university settled another federal racial discrimination lawsuit for $170,000 — alleging discrimination and unfair treatment because of her race, age and gender, reported The Lancaster Online. 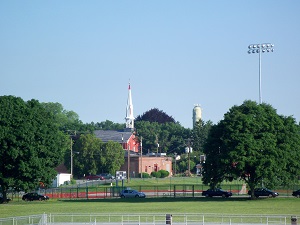 Welch filed a suit on Oct. 6. She says the discriminatory treatment occurred while she was assistant dean in the College of Graduate Studies and Adult Learning from July 2016 to Nov. 2019.

Welch filed the complaint in the U.S. District Court for the Eastern District of Pennsylvania. She said she experienced “severe” harassment from her superiors, including leaving her out of important meetings, denying opportunities for advancement and interfering with an attempt to hire a Black student to assist her.

Millersville University spokeswoman Janet Kacskos said in an email that the university is aware of Welch’s lawsuit and takes these matters “quite seriously.”

Pew Survey: 73 Percent of Americans Say Race, Ethnicity Should Not Be Considered In Admissions

Getting to the Truth