It would not be at the forefront of one’s mind to think that the outcome of the U.S. presidential election could have heavy implications on the role of university presidents across the country. 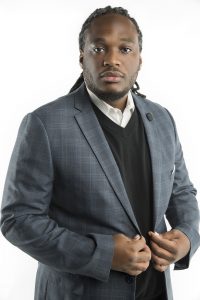 That is unless you are a university president. On one hand, a president could be working to coordinate an effective response to the impact of COVID-19 and its contingent effects, or a snowstorm and its physical damage to a facility on campus to finding themselves dealing with the “storm” of unrest on college campuses.

The results could lead to events and times too many often forget.

The campus of the University of Virginia on the night of August 12, 2017 will forever serve as yet another blemish in the long history of racial insensitivity displayed in our country. Those planning to participate in the “Unite the Right” rally began gathering in Charlottesville, VA the night before. You may recall, a group of White nationalists holding lit tiki torches marched through the campus of the University of Virginia, some chanting the Nazi-associated phrase “blood and soil.” A 20-year-old man and native of Ohio ran his car into a crowd of anti-racist protesters, killing one and injuring upwards of 19 other individuals.

Furthermore, a recent study of racially biased campus events analyzed 205 news-generating incidents on U.S. campuses from 2005 to 2010. The six most common forms of racial bias across the events studied were graffiti or vandalism, the production and display of physical media with racially motivated messages, noose hangings, racially themed parties, verbal remarks, and assault or fighting.

Proud Boys, “Stand back and standby.” – With these words from the first presidential debate of 2020, potential violence awaits should President Trump not retain his office of President of the United States according to Proud Boys supporter, Walter Matterson. The group views this message from Trump to mean “wait for my orders.” Matterson encourages others to go out and purchase guns and threatens a “civil war” should Trump not be re-elected. In fact, Trump has not guaranteed that he will even leave office should he lose the election. This dogmatic demeanor along with on-going poll intimidation during the voting process will only ignite more pompous and public racist behavior from his followers around the country. This potential violence would not commence and simply stop at the footsteps of university campuses. History has already shown us that. 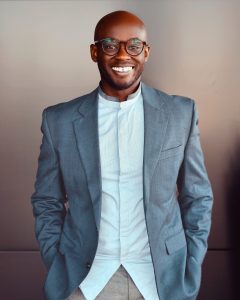 University presidents have to deal with different crisis’ and navigate crisis management protocols much like President Trump has had to deal with considering the many byproducts of COVID-19 that the year 2020 has presented. The virus along with mental health issues, the economy, anti-Blackness and White militia has caused much university unrest. Some may argue that much of this has been caused by President Trumps unpreparedness or the lack of acknowledgement in dealing with these issues. What is not a debate is the preparation for university presidents to deal with these different types of crisis’ on college campuses. Whether Trump wins or loses (and if he does lose and decides not to concede), we may still see a major chasm on our campuses. So, how should Higher Education presidents prepare?

Higher education presidents need to ensure proactive monitoring of their campus racial climates and develop their confidence and competence both to eliminate campus policies, environments, and cultures that may incubate racial tensions and to swiftly and authentically respond to racialized incidents. Presidents and their cabinets should routinely conduct tabletop drills in which they use recent events from other institutions to talk through their own response concerns and process. Taking steps to establish systems with the flexibility to respond to unique incidents and prepare themselves to lead in the midst of crisis will help college and university presidents keep their institutions on a forward path.

The need to create and maintain institutional norms of inclusivity and espoused values on diversity is the first step towards mitigating discriminatory events on campus. This will need to be followed by continuous work and with the same level of monitoring and attention as enrollment management, course registration, fundraising and imperative operational procedures.

Additional ways to help secure a safe space for students on campus, regardless of the results of 2020 Presidential election post November 3rd include the following:

• Provide space and resources for the campus to process and heal.
• Establish or intensify a focus on the campus climate.
• Take lessons from higher education history and institutional peers.
• Develop a sophisticated response plan for racial incidents (including proactively accounting for the resources, and completing any training, required to respond appropriately).